The Baptism of the Holy Spirit, Part II

“But you shall receive power (ability, efficiency, and might) when the Holy Spirit has come upon you.”  Acts 1:8 AMP

In the previous post, I shared about Pastor David Wilkerson’s growing realization that leading teenage, drug addicted, gang members to faith in Christ’s salvation for them in his Teen Challenge ministry in New York City was all important but it was not all sufficient in helping them stay sober and out of trouble.

They also needed the promise of the Father – the Holy Spirit.

David tells what led him to realize the importance of the baptism in the Holy Spirit in Chapter 20 of his book, The Cross and the Switchblade.  The story of a boy named Joe is in this chapter.

Through a work accident, Joe suffered a great fall and ended up in the hospital for many months due to severe injury and tremendous pain.  (This, of course, is another pathway to drug abuse – injury and/or chronic pain.  I will share about that in the future.)

Joe left the hospital addicted to narcotics and soon found his way, through friends, to heroin which was cheaper and accessible.  He had tried cough syrup with narcotics in it, going from store to store so as to be undetected, but this didn’t satisfy his need for drugs and so, heroin became his drug of choice.  By the time he had been on it for eight months, he found Teen Challenge, and was desperate for help.

The staff at David Wilkerson’s center tried helping Joe.  They had him quit completely, praying for him around the clock, reading scripture to him, someone always near to encourage and help him through the overwhelming physical symptoms of sudden withdrawal.  Young people were in the chapel, praying around the clock twenty four hours.

Others taught Joe Psalm 31, which David Wilkerson referred to as the “Song of the Drug Addict.”

Be merciful to me, LORD, for I am in distress,

my eyes grow weak with sorrow,

my soul and body with grief.

My life is consumed by anguish

and my years by groaning;

my strength fails because of my affliction,

and my bones grow weak.

Because of all my enemies,

I am the utter contempt of my neighbors,

and an object of dread to my closest friends –

those who see me on the street flee from me.

I am forgotten as though I were dead;

Joe stayed in his room, suffering through agonizing withdrawal from heroin. “Sweat poured off him in little rivers that left the bed soaked through to the mattress.  He cried out in his pain and pounded his head with his hands.  He wanted water, then threw it up.”

Finally, on the fourth day, he was better.  He walked about the Center with a faint smile, telling others he thought the worst was over.  He asked if he could go home to see his parents briefly.  Permission was given because there was no legal right to keep him there.  When he was due back, he didn’t appear.

He had been arrested for “robbery and possession of narcotics.” 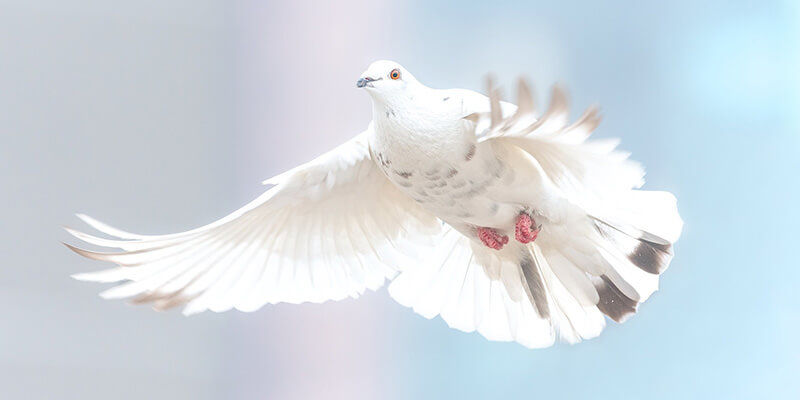 “When I Was Baptized in the Holy Spirit”

It is difficult to go through physical withdrawal, but it can be done.  It is the mental escape from drugs that is so much harder.  Something profound is needed for that escape.

At the Center, they were crushed at their failure to help Joe and retain him.  David Wilkerson began to ask the residents who had been successful in getting free and remaining free from drugs what had been the answer for them.

He spoke to Nicky Cruz, one of the recovered addicts.  Nicky’s answer was that “something tremendous had happened to him…at the time of his conversion on the street corner.  [When he expressed faith in Jesus Christ]  He had been introduced at that time to the love of God.  But it wasn’t until later that he knew he had complete victory.” (my emphasis)

‘And when was that, Nicky?’  [David Wilkerson asked him.]

This question was repeated again and again.  “When did you feel you had real victory over addiction?”

The answer kept coming back, “When I was baptized in the Holy Spirit.”

Pastor Wilkerson said that hearing this answer again and again made him feel that he “was on the verge of something tremendous.” (p. 155)