What are the Benefits to Fearing God? 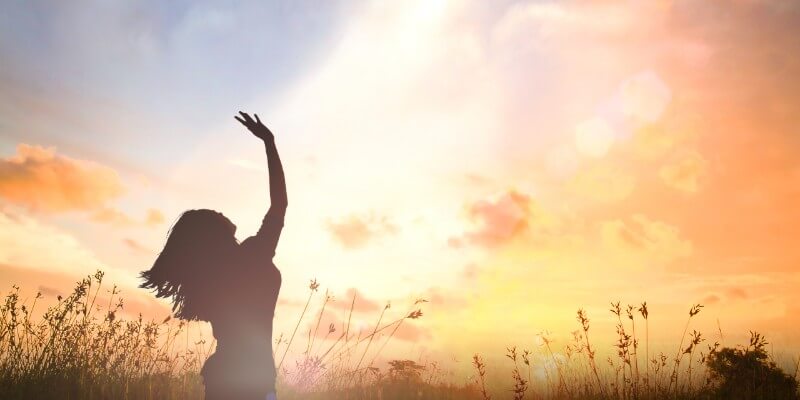 The “fear of the Lord” is one of those familiar but puzzling phrases that you see a lot in scripture. Here is a list of 100 verses that come up in a search for “the fear of the Lord.” But, why are we asked, no, commanded to “fear God” in scripture? Isn’t God our loving father? What does fearing God even mean? And, what are the benefits to fearing God?

You can see, there are a lot of questions that arise with this topic. But, fortunately, the Bible has a lot of answers. And the blessing is that along with the commands in the Bible to “fear the Lord,” we can also find a multitude of benefits that come with fearing God. Here is one of them explained in Isaiah 33:6:

The Lord 'will be the sure foundation for your times, a rich store of salvation and wisdom and knowledge; the fear of the Lord is the key to this treasure.' Isaiah 33:6 NIV Click to Tweet

The English Standard Bible (ESV) says this same verse from Isaiah just a little bit differently. It says: “And he will be the stability of your times, abundance of salvation, wisdom, and knowledge; the fear of the Lord is Zion’s treasure.”

One Bible, the NIV (New International Version) says God, or the Lord, is the sure foundation for our times. The other Bible, the ESV, says, God is the stability of our times.

No matter which Bible version you like better, what we hear from Isaiah is that God will be our foundation or the source of our stability in our times. Our times are just as uncertain as Isaiah’s. At this moment, Russia is invading Ukraine, inflation is growing at an alarming rate, violence is increasing in our cities and so on. There is uncertainty about so much! But God is and will be our foundation, our stability in this uncertain world. And what is the key to that and to His salvation, wisdom, and knowledge? The fear of the Lord. 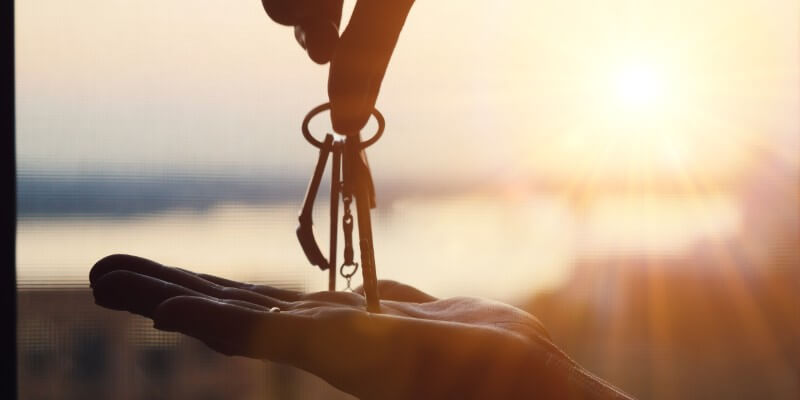 What does the fear of the Lord mean?

When people define this phrase, they’re quick to try to defend God’s reputation. They will say, “Well, it’s not really being afraid. It means being reverent, worshipful, adoring. Words like that.”

I do think fearing God mostly does mean being reverent. However, I think there’s a place for realizing what our position is as a tiny, flawed human being compared to our holy, almighty God. He is omnipotent, omniscient, and omnipresent, Maker of the universe, and so on. Recognizing and acknowledging our status next to His is a part of fearing God.

So, how does the Bible define “fear of the Lord?” I think looking at a few verses really helps us to start to grasp what is being talked about. And we also find surprises while studying scripture!

'The fear of the LORD leads to life, and whoever has it rests satisfied; he will not be visited by harm.' (Proverbs 19:23 ESV) It is amazing how beneficial it is to honor God with our reverence. Click to Tweet

What does the Bible say about fearing God?

The Bible says, “The fear of the LORD is the beginning of knowledge…” (Proverbs 1:7 ESV)

And, “The fear of the LORD is a fountain of life, that one may turn away from the snares of death.” (Proverbs 14:27 ESV)

And, here is one more: “The fear of the LORD is the beginning of wisdom; all those who practice it have a good understanding. His praise endures forever.” (Psalm 111:10 ESV)

In just these three verses, we hear the fear of the Lord is the beginning of wisdom and knowledge and that it is the fountain of life. Isn’t that the same thing that Isaiah wrote? There would be wisdom and knowledge and salvation and the key to it was fear of the Lord? Being reverent and focused on God as our Lord, our Leader is the beginning of wisdom.

Here are a few more definitions

Here are a few more definitions from the Bible of what the fear of the Lord is:

“The fear of the LORD is hatred of evil. Pride and arrogance and the way of evil and perverted speech I hate.” (Proverbs 8:13 ESV)

“Fear God and keep his commandments, for this is the whole duty of man.” (Ecclesiastes 12:13 ESV)

“The fear of the LORD is clean, enduring forever; the rules of the LORD are true, and righteous altogether.” (Psalm 19:19 ESV)

God’s response to “fear of the Lord”

And, there are so many verses about God’s response to us when we do listen to the call to fear the Lord and keep His commands.

“The friendship of the LORD is for those who fear him, and he makes known to them his covenant.” (Psalm 25:14 ESV)  Again, the NIV is slightly different. It says, “The LORD confides in those who fear him.” Imagine that, as we are humble, reverent, and respectful, God calls us His friends and confides in us.

God “fulfills the desire of those who fear him; he also hears their cry and saves them.” (Psalm 145:19 ESV)

“Oh, fear the LORD, you his saints, for those who fear him have no lack! (Psalm 34:9 ESV) What amazing benefits come out of fearing God.

God desires to bless the reverent ones

Some of the blessings from the Lord are described above, but here are a few more verses that speak of his rewards and his compassion for those who “fear the Lord.”

“The reward for humility and fear of the LORD is riches and honor and life.” (Proverbs 22:4 ESV)

“Oh, how abundant is your goodness, which you have stored up for those who fear you and worked for those who take refuge in you, in the sight of the children of mankind!” (Psalm 31:19 ESV)

God loves His reverent children who are humble and who honor Him. As you can see from these few verses above, it is one of the best things you can do.

A revival that was built on humility

In the early 1900s, there was a young man from Wales who worked in the mines, but desired to be a pastor. His name was Evan Roberts. He carried such a depth of concern for his country.

At the age of 13, he began to pray for his nation which was in a mess of godlessness, drunkenness, gambling, fighting, betting, and so much other chaos. Evan burned with a desire to preach and finally at age 26, he went off to a ministry school to prepare.

But, at the school, he felt God sending him back to his village. Obeying God, he went. And then, revival, a turning back of the nation to God, fell upon Wales.

“If we all could just bend a little lower”

It was “a revival of young people” as it says in the book, “Invasion of Wales by the Spirit through Evan Roberts.” It was also “a revival of prayer and a revival of singing” according to James A. Stewart, the author of the book. Though Evan Roberts was seen as the key person through whom the revival came, he was often not at the front of a church but sitting among the people.

The revival began when Evan came back and began to speak to the young people. Soon more and more were gathering. And then, they would gather spontaneously with no notice, participating in meetings that lasted for hours, even to dawn. Evan would encourage them, “if we could all bend a little lower,” meaning have more humility and reverence towards God. With that attitude, more of the Spirit could come in among them, if no one was haughty or full of themselves.

Great preachers would come, some from other nations, looking for an opportunity to speak but they would back off as they could see they were often not needed. The Holy Spirit filled the room. All was centered on Jesus and the power in the places where the people met was God Himself leading.

Fear of the Lord makes room for Him

John the Baptist once spoke of Jesus and said, “He must increase and I must decrease.” (John 3:30) John was not putting himself down. He was speaking to the need of the world. We all must have more of Jesus, more of the Lord for we cannot make ourselves right with God. We cannot bring abundant life into our lives. The divine life is what we need, every one of us.

That is what the people of Wales found when their great revival began in 1904. As Evan Roberts showed them how to embrace “the fear of the Lord” and “bend a little lower,” God poured into his nation and brought dying churches and lost people back to life. Many new people embraced the Christian faith.

Here’s a short excerpt about the fruit of their humility, their fear of the LORD from the “Invasion” book mentioned above:

The people of Wales changed

“Many were the instances of men entering taverns, ordering drinks and then turning on their heels and leaving them untouched. Wales up to this time was in the grip of football fever when tens of thousands of working-class men thought and talked only of one thing. They gambled also on the result of the games.”

“Now the famous football players themselves got converted and joined the open-air street meetings to testify what glorious things the Lord had done for them. Many of the teams were disbanded as the players got converted and the stadiums were empty.”

“Beneath the ground the miners gathered for worship and Bible study before they dispersed to the various sections of the mines. Even the children in the schools came under the spell of God.” (p. 43)

How do you show fear of the Lord?

I think the question has been answered by telling the story of Evan Roberts and the 1904 revival in Wales. The people came to meetings in churches and elsewhere. They humbled themselves. They began to sing and pray and dwell on God.

Sometimes, someone would stand up and read a passage of scripture. There might be preaching, but there might not be. What the people were doing was honoring God, being reverent towards God. What they had was the fear of the Lord in their hearts. They were reverent, deeply reverent.

And this behavior allowed them to be renewed and brought so many converts to the faith. It is said that men who didn’t know God would drop to their knees in their fields and begin to pray, not even at a church meeting…All alone.

When we fear the Lord, it is the key to so many amazing benefits, wisdom, knowledge, and life, and so much more. 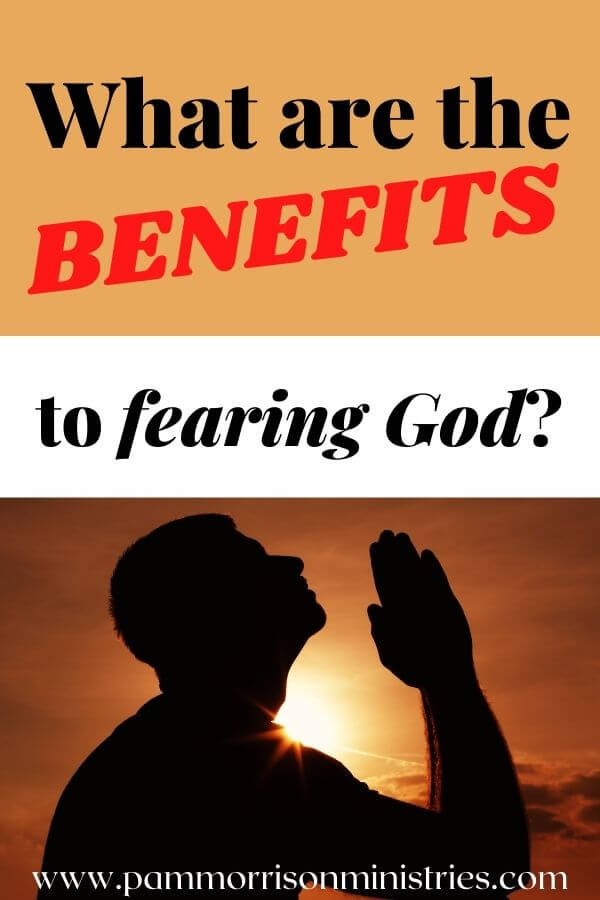 Everyone Says that “God is Love.” How Do I Accept that God Loves Me? 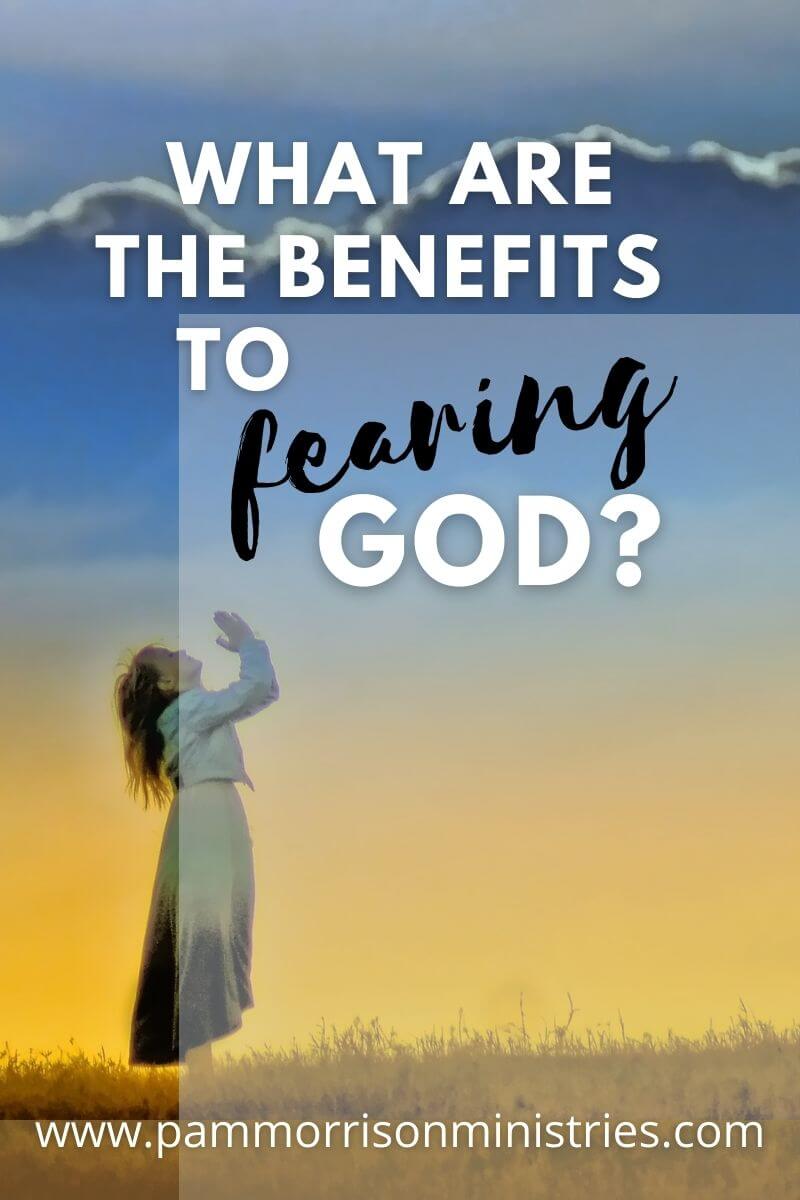