I Feel So Disappointed | How to Overcome Disappointment 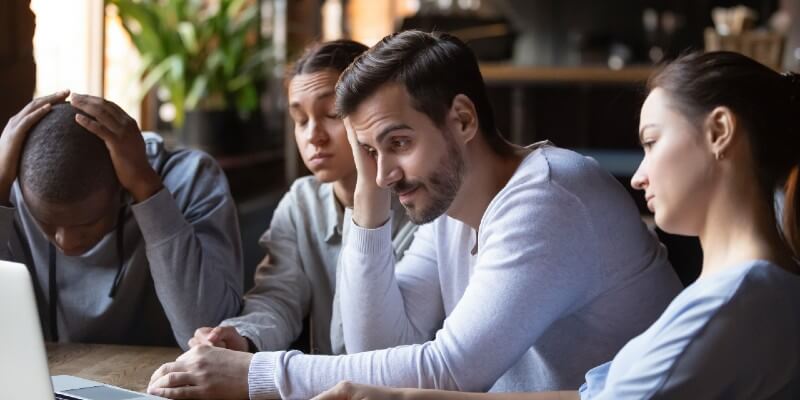 As I write this, it is four days after the national election. The President appears to be losing too much ground to be able to contest the election, but we do not know what his team’s legal actions will uncover. No matter who ultimately wins the presidency, there will be half a nation that is pleased and half a nation that will be dealing with disappointment.

Truly, life is full of experiences that don’t fulfill our expectations. Sometimes very severely so: the job you wanted went to someone else, the person you thought was your friend betrayed you, that person who you thought loved you, left you.

These and so many other experiences let us down. Indeed, what we hoped for or expected didn’t happen. Therefore, we have to learn how to get over disappointment, move on, and let it go – for our own heart’s well being – and to keep moving into all God has for us. Disappointment can’t be allowed to derail destiny.

We have to learn how to get over disappointment, move on, and let it go - for our own heart's well being - and to keep moving into all God has for us. Disappointment can't be allowed to derail destiny. Click to Tweet

A Bible Story About Disappointment

One of my favorite Bible stories about disappointment has to do with David. Actually, it contains some excellent lessons for how to and how not to deal with being disappointed. It is the story of Ziklag.

Just for some background: At this time in David’s life, though destined to be king of Israel, he was being hunted down by its current king, Saul. Gathering around David were a ragtag bunch of men. The Bible describes them this way:

“David left Gath and escaped to the cave of Adullam. When his brothers and his father’s household heard about it, they went down to him there. All those who were in distress or in debt or discontented gathered around him, and he became their commander.” 1 Samuel 22:1-2 NIV

David was surrounded by a bunch of disappointed men. Life had been hard on them and they felt let down.

Life Does Not Always Turn Out As We Want

To escape Saul, David and his men had moved into the land of the Philistines, enemies of the Jewish people. But, because Saul was after David and trying to kill him and his men, the Philistines gave David, his troops and their families, refuge in a town called Ziklag.

Unfortunately, while they had been gone, a people known as the Amalekites had gone against Ziklag, burning it down and capturing everyone in it. These men of David returned home to find their wives and children missing, captured. This is how the Bible describes it:

They Expected Home, But Found Disaster

“David and his men reached Ziklag on the third day. Now the Amalekites had raided the Negev and Ziklag. They had attacked Ziklag and burned it, and had taken captive the women and everyone else in it, both young and old. They killed none of them, but carried them off as they went on their way.”

“When David and his men reached Ziklag, they found it destroyed by fire and their wives and sons and daughters taken captive. So David and his men wept aloud until they had no strength left to weep.” 1 Samuel 30:1-4 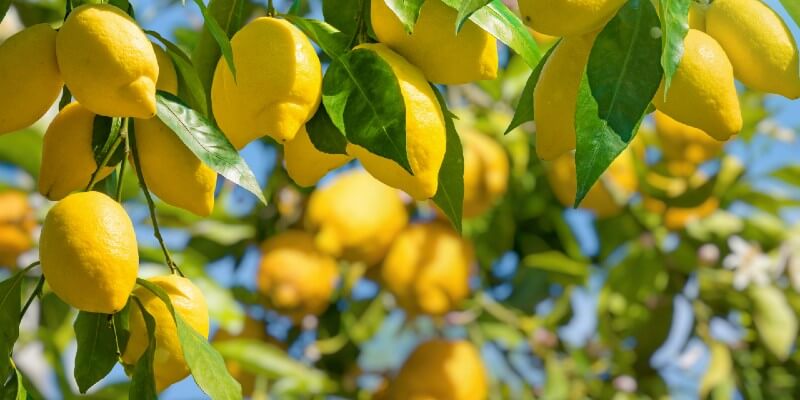 What Will You Do in Response to Disappointment?

David suffered right alongside his men. These are the next lines of the story:

“David’s two wives had been captured – Ahinoam of Jezreel and Abigail, the widow of Nabal of Carmel. David was distressed because the men were talking of stoning him; each one was bitter in spirit because of his sons and daughters. But David found strength in the LORD his God.” 1 Samuel 30:5-6 NIV

And there you have two different ways to react to disappointment.

2. Get angry and find someone to blame. (His men)

Certainly, I think we know that the first choice is the best choice. First, let God’s words in the Bible soothe and reset you. Secondly, let friends pray for you. Thirdly, pray for yourself. In addition, write in a journal what you’re feeling, what you think God is saying to you. When David “found strength” in the Lord (some Bible versions say, “encouraged himself in the LORD,” this is what he was doing. David found spiritual avenues to be near His uplifting God to get a new perspective.

After David dealt with his feelings, he asked God through Abiathar the priest, “Shall we go after them?” – the enemies who had their families. He asked God what his action step should be. We need to do that too. God showed him. And the “rest of the story” is that David and his men recovered everything stolen. “David brought everything back.” 1 Samuel 30:19 NIV

But, Disappointment Can Precede Blessing 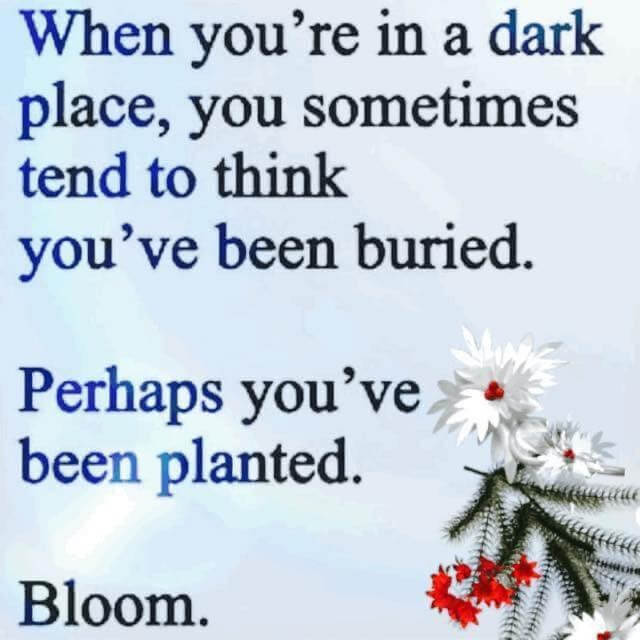 This wonderful statement above was created by The Positive Tree on Facebook. I shared it to my ministry page, Pam Morrison Ministries, and I want to share it here. This is perhaps the most important lesson we can learn. Disappointment, if you let it consume you, may block you from the good things coming beyond it.

We do need to feel our feelings, go through lament if the disappointment is especially hurtful, but then we have to figure how to get new perspective with some questions.

Did I set my expectations too high?

Did I set them on the wrong thing?

Am I grateful about what I have?

Am I asking God how to move forward?

Is remaining a victim what I want to do?

After you’ve asked yourself those tough questions, seek God for what to do next to really get over your disappointment and move on with your life.

But, remember this, as the picture above states, “Sometimes you may think you’ve been buried as you encounter darkness, but maybe, just maybe you’ve been planted.”

I can think of so many things that have happened that seemed to be a major disappointment, but a little further on, I have found something better waiting for me, or that I was protected from something that would have hurt me. Disappointment isn’t always a bad thing.

One time, I was to have some of my teaching online and it didn’t get posted on time. I was disappointed. But those hosting the teaching felt so badly that they made me the featured speaker for that day. My work got extra publicity! Ha!

The devil would have you brood over disappointments, but don’t let him. They’re often not what they seem. Pass the test by keeping a good heart about it and watch what our good God will do next!

The devil would have you brood over disappointments, but don't let him. They're often not what they seem. Pass the test by keeping a good heart about it and watch what our good God will do next! Click to Tweet

The Greatest Story of Overcoming Disappointment

Finally, there is a very familiar story of the mirage of disappointment.  It is from the Greatest Story ever told.

On Good Friday, a group of men and women thought they had lost everything. Their precious Jesus hung battered and dead on a cross. They were crushed with disappointment. Seemingly, evil had won. Powerful men, who controlled all, ruled the day.

That is, until Easter morning came. Arriving early, to tend to Jesus’ dead body, women found the tomb was EMPTY. Jesus was alive! He began to appear to many people, hundreds, until the time, forty days later, that He returned to heaven.

And now He lives and reigns forever. Defeat did not have the last word!

This beautiful music video, though recorded many years ago, is so powerful. It is about the moment Mary Magdalene encountered Jesus by His empty tomb and had her disappointment evaporate totally in His presence:

Don’t get stuck on disappointment. Feel it. Heal from it. Remember that it often hides a glorious thing that’s just around the corner. Get back up and keep going with God’s help!

What to do on the Days You are Overwhelmed

The Hard Times Make You Stronger 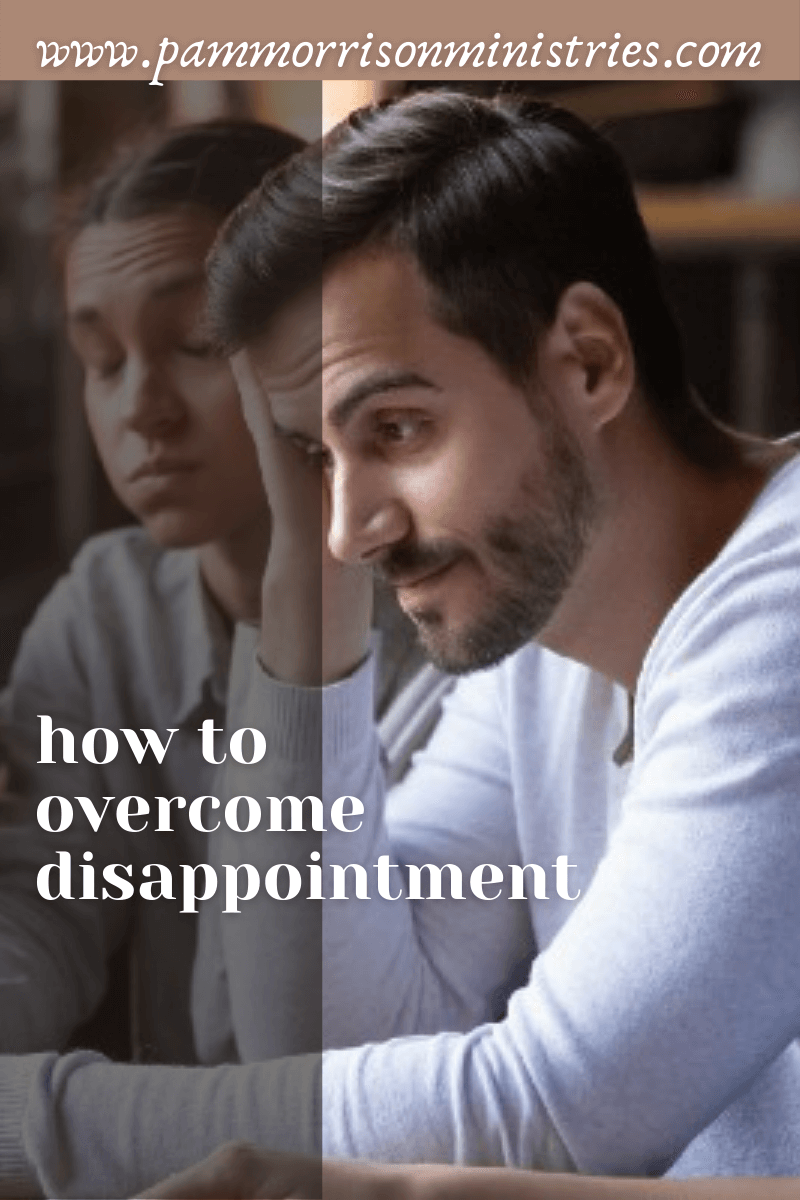