Does the Bible Say ‘Jesus is God’ and Where are Those Bible Verses? 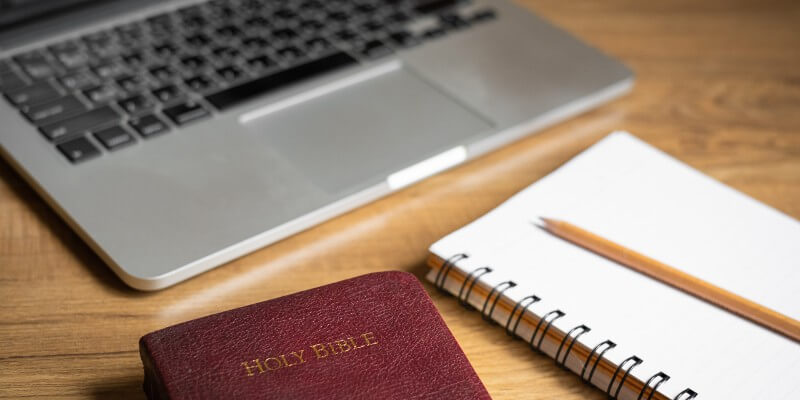 Years ago, a very indignant church member wrote to the Bishop of our area.  “Jesus never said he was God,” she fumed, “and he would NEVER have allowed anyone to worship him!”

Her letter was sent to protest my teaching that Jesus is God and that even in His earthly life, He did receive worship.  She was angry and didn’t care who knew it.  But, does the Bible say Jesus is God?  You bet it does.

'No one has ever seen God, but the one and only Son, who is himself God, and is in the closest relationship with the Father, has made him known.' John 1:18 NIV Click to Tweet

That’s one of my favorite scriptures that declares the divinity of Jesus.

Where else did Jesus say, “I am God?”

If you were to jump back on Google right now, (please don’t go yet!) you would find many search results like “100 Bible Verses about Jesus is God,” or 50 or 20.  There are lots of collections of Bible verses on this topic, some of them truly demonstrating that Jesus is called God by the Bible – and some not so much.

But, what I want to do in this article is share some of those verses that prove Jesus said, “I am God,” (or show that someone else called Him that) but also explain why this is so important for us to believe.

Take the passage about Abraham…

In John 8, beginning at v. 12, a dispute between Jesus and a group of Jewish opponents is described.  Jesus talks with these opponents about who His Father is and who their father is.

They debate about Abraham who was one of the early patriarchs of the Jewish faith. He’s at the heart of the dispute.

The startling claim of Jesus

The opponents say, “Our Father was Abraham.”  While Jesus says, in essence, “If that was true, you would do what Abraham did. He tells them that they are doing the work of the devil and that the devil is their father.  Their effort to kill Jesus is proof of that.

Jesus closes this conversation saying that Abraham rejoiced at the thought of seeing Him and His era come to pass.  The Jewish opponents say, “You aren’t even 50 years old and you act like you’ve seen Abraham.” (“That’s crazy talk,” was their point.)

Then Jesus says, “Very truly I tell you…before Abraham was born, I am!”  (John 8:58 NIV) This infuriated his listeners to the point that they picked up stones to stone him to death. 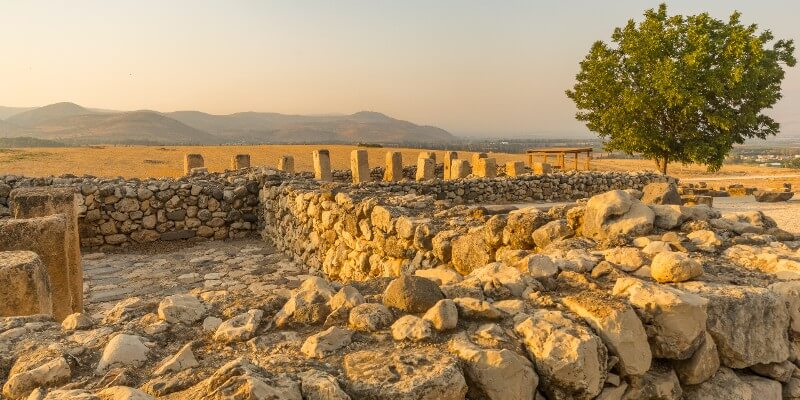 The two words that lit the fire…

Why did the crowd fly into a rage over Jesus saying, “Before Abraham was, I am?”  They were mad because Jesus was linking Himself to the way God the Father identified Himself.

When God sent Moses back to lead the Israelite people out of their slavery in Egypt, Moses feared the people wouldn’t trust or follow him.

So that name ‘I AM’ was very significant to the Jewish people. It was a name that God the Father had called Himself.  And then Jesus said, “It also applies to me.”  In doing that, He was declaring Himself to be God. Additionally, He used 7 other “I am” statements in the gospel of John.

'Very truly I tell you,' Jesus answered, 'before Abraham was born, I am!' (John 8:58 NIV) And with that, Jesus declared He was God. Click to Tweet

Just a couple of more verses.  Paul wrote this in Titus, Titus 2:13 NIV, “…we wait for the blessed hope – the appearing of the glory of our great God and Savior, Jesus Christ.”  Peter in 2 Peter 1:1 put this in his introduction, “To those who through the righteousness of our God and Savior Jesus Christ have received a faith as precious as ours.”

There are many more verses about Jesus or someone else saying directly or indirectly that He is God.  As I said, you can find extensive lists elsewhere.  But, let’s go on.  In answering the question, “Does the Bible say Jesus is God?” the next question is, “Did people worship Jesus?” “Did He let them do that? Again, the answer is yes.

They bowed down and worshipped Him

Remember the men in the boat after Jesus walked on the water with Peter? They worshipped Jesus saying “Truly you are the Son of God.”  (Matthew 14:33 NIV) The disciple Thomas, after the resurrection, humbled himself before Jesus and said, “My Lord and my God!” (John 20:28 NIV)

One of the 10 lepers who was healed by Jesus, returned to give thanks to Jesus.  The Bible says, “But one of them, seeing that he was healed, returned and, with a loud voice, gave glory to God.  He fell face down thanking him.” (Luke 17:15-16 CSB)

That word “thanking” is Strong’s #2168 and means praise, bless, thank, but is often used to indicate offering thanksgiving and praise to God.  The women who went to Jesus’ tomb following the resurrection did a similar thing.

The Bible says, “Suddenly Jesus met them.  ‘Greetings,’ he said.  They came to him, clasped his feet and worshipped Him.” (Matthew 28:9 NIV)

Knowing about this leads to the final question, “Why is it important to accept and believe that Jesus is God and that even in His earthly life, people worshipped Him?  What difference does it make?”

A man who had been an atheist and then became one of the greatest Christian thinkers of the 20th Century was C.S. Lewis.  In his book, Mere Christianity, Lewis wrote about what’s at stake in how we choose to think of Jesus:

“I am trying here to prevent anyone saying the really foolish thing that people often say about Him [that is, Christ]: ‘I’m ready to accept Jesus as a great moral teacher, but I don’t accept His claim to be God.’ That is the one thing we must not say.  A man who was merely a man and said the sort of things Jesus said would not be a great moral teacher. He would either be a lunatic–on a level with the man who says he is a poached egg–or else he would be the Devil of Hell.

You must make your choice. Either this man was, and is, the Son of God: or else a madman or something worse…. You can shut Him up for a fool, you can spit at Him and kill Him as a demon; or you can fall at His feet and call Him Lord and God. But let us not come up with any patronizing nonsense about His being a great human teacher. He has not left that open to us. He did not intend to.”

God Himself was on the cross

2 Corinthians 5:19 tells us that “God was in Christ, reconciling the world to Himself, not counting people’s sins against them.”  And v. 21 says that, “God made him [Christ] who had no sin to be sin for us, so that in Him we might become the righteousness of God.” God was on the cross.

Many preachers and teachers tell the following story to make what was happening at the cross clearer.  They talk about a son who has committed a crime who’s been brought before a judge.  The judge, ruling on the crime, sets the punishment and fine, then takes off his robe, steps down, and pays the fine for the son.  The young man has been charged but the penalty is paid by the father. God is the judge.  We are the son.

You and I can never be good enough

If Jesus was just a good, moral teacher like Confucius or some other historical figure, we would be heading straight to hell without stopping.  No human being has ever been able to be good enough just following the example of another human being.

And God knowing this, before the beginning of the world, already had a plan to die for us, absorbing our sin, and giving us His righteousness.  The exchange would happen when He came to us as Christ and died for us.

Believing that Jesus is God, truly human but truly divine is a non-negotiable of the Christian faith. No one else can die for you and put a new spirit in you so that you can be reconciled to God.  No human teacher can teach you enough for you to be holy enough to reunite with God.

Pastors and teachers, a final word

Those of you who lead in the Church, there is a slow roll to take away the divinity of Jesus and the uniqueness of the Christian faith.  I have only just touched on this issue here.  But, help your people to understand the absolute necessity of coming to know Jesus as God the Son.  Because that is who He is.

How Can I Gain More Fully All the Benefits of Being a Christian?

Why Did Jesus Die? And What is the Gospel of Jesus Christ?

What Makes the Blood of Jesus So Powerful and Precious? 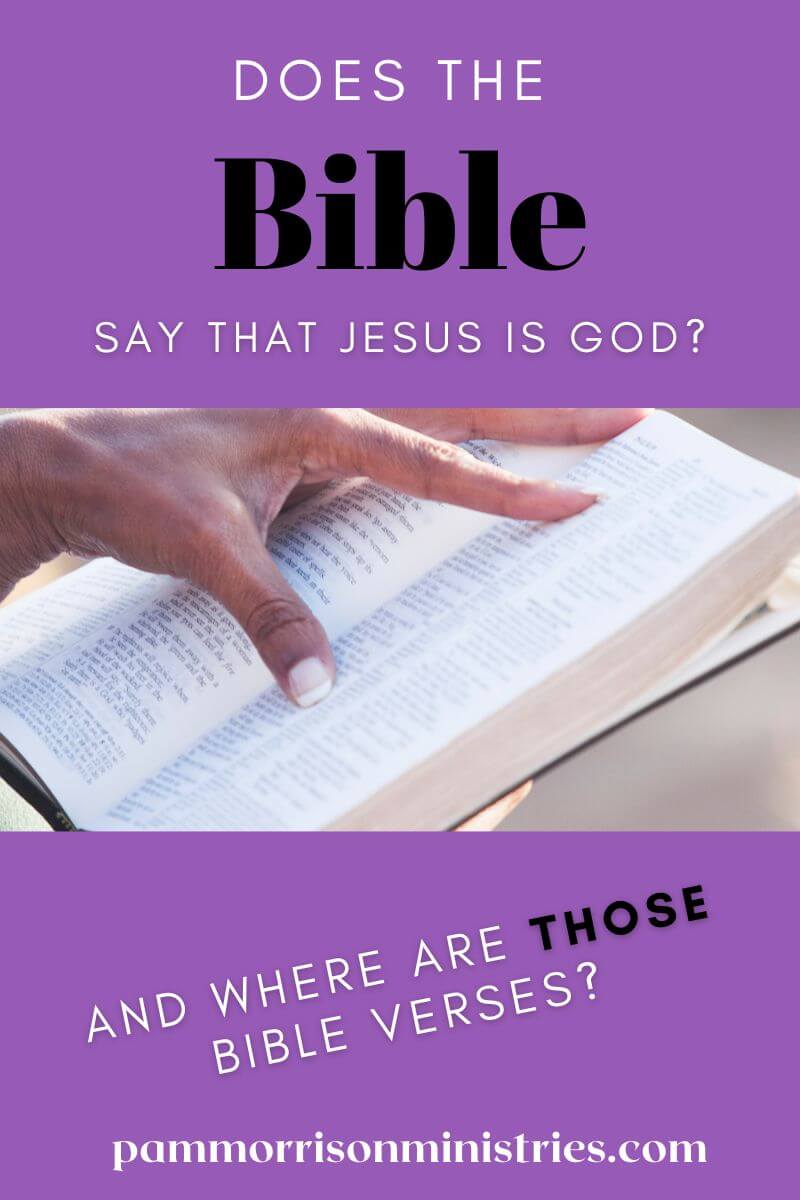