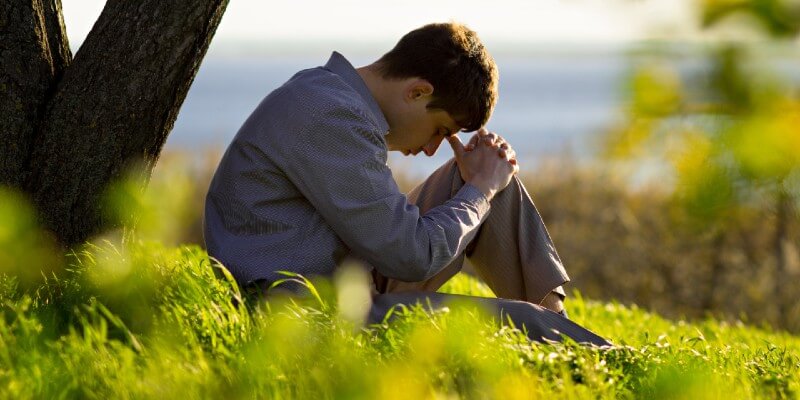 Sometimes, we feel very far from God. Discouraging or painful circumstances may batter us, so that we lose hope, even faith. For example, right now, job loss, financial struggle, disease, storms, and civil unrest are testing many. You, too, may feel overwhelmed by such things, and be in need of God’s help. Is “How do I draw near to God?” your question?

Draw Near to God by Showing Up

In answering, “How do I draw near to God?” I want to retell the story, the testimony, of one of Jesus’ closest disciples, Thomas. Thomas’ story of doubt, despair, and “throwing up his hands” is told in the Bible in John 20:19-29. Though there were both men and women who stayed close to Jesus, Thomas was in that small group of twelve men, Jesus’ closest disciples. He had seen the miracles, the healings of Jesus – all the wonderful things.

But, he had also seen the terrible ending of Jesus’ earthly ministry.

First, Thomas saw Jesus stripped, humiliated, and tortured. Second, he knew Jesus was declared dead, removed from the cross and put in a grave. Therefore, like the other disciples who went into immediate hiding, Thomas knew he was only a hairsbreadth away from having the same horrendous death as Jesus.

So, what did that make him think? Perhaps, he thought things like, “Who cares anymore? My capacity to believe and trust are shot! Too much bad stuff has happened!” Likewise, some of us are thinking similar things in this present time. Similarly to Thomas, we may be crying out, “What else can go wrong?”

In Thomas’ case, perhaps he made the decision that he was better off on his own. When the other disciples gathered in the locked room, full of fear, Thomas was not with them. But Jesus showed up. Jesus breathed on them. “Peace be with you,” He said. “Receive the Holy Spirit.” They were overjoyed and transformed. By showing up in community, although afraid and dismayed, they met Jesus, God the Son, alive.

Draw Near to God by Being Yourself

The disciples showed up together even though they were so down. Thomas should have been there too. Yet, all was not lost for him.

And all is not lost for us today. If you’re feeling doubt, inability to pray, or lacking the energy to move towards God, He is still near. He has not abandoned us. Trusting in that, you need to know that you can come to Him just as you are with all your fear, disappointment and jaded feelings. Don’t stay away because you expect rejection for your negative state of mind.

God does not reject us even though we’re struggling

Because this is His heart, God did not reject Thomas and thank goodness the other disciples did not either. Elated by their experience with the risen Jesus, they sought Thomas out. They told him, “We have seen the Lord!” Their goal was to get him positioned to encounter Jesus too.

You can be helped by others when you falter in faith

Because they didn’t give up, Thomas was able to draw near to God, through Christ.

Sometimes the most morose, the biggest doubters are the ones who will fall most in love with Jesus. Don’t give up on them. Don’t give up on yourself! Rather, just like Thomas, come as you are. Bring your heavy, discouraged heart, and get in the place where you might find God. Go to a church, a prayer group, a gathering of friends. Just as you are. Just the way you feel.

(We know in this time of a pandemic that “gathering” may be 6 ft. apart or through some online app, but however you can, connect.)

Sometimes the most morose, the biggest doubters, are the ones who will fall most in love with Jesus. Don't give up on them. Click to Tweet

Thomas said, “Unless I see the nail marks in his hands and put my finger where the nails were, and put my hand in his side, I will not believe.”  (John 20: 25) He didn’t intend to give in easily.

Draw Closer to God by Encountering Him

So, though he was reluctant, Thomas joined the disciples as they met again, a week after Jesus’ first resurrection appearance. He was persuaded. The ghost of a hope was in his heart that seeking God, despite his depressed natural expectations, might bear fruit.

Once again, “though the doors were locked, Jesus came and stood among them and said, ‘Peace be with you!'” He said to Thomas, “Put your finger here; see my hands. Reach out your hand and put it into my side. Stop doubting and believe.” (John 20:26-27)

Suddenly, the world changed for Thomas. The wonderful, good news is that many times, when we reach the end of our rope, “God’s address” is there. We encounter God not because we have been godly, noble, or spiritual, but because we are broken and in great need. He comes for us.

God often encounters us not because we have been godly, noble, and spiritual, but because we are broken and in great need. Click to Tweet

“Then Jesus told them this parable; Suppose one of you has a 100 sheep and loses 1 of them. Doesn’t he leave the 99 in the open country and go after the lost sheep until he finds it? And when he finds it, he joyfully puts it on his shoulders and goes home. Then he calls his friends together and says, ‘Rejoice with me; I have found my lost sheep.'” Luke 15:3-6 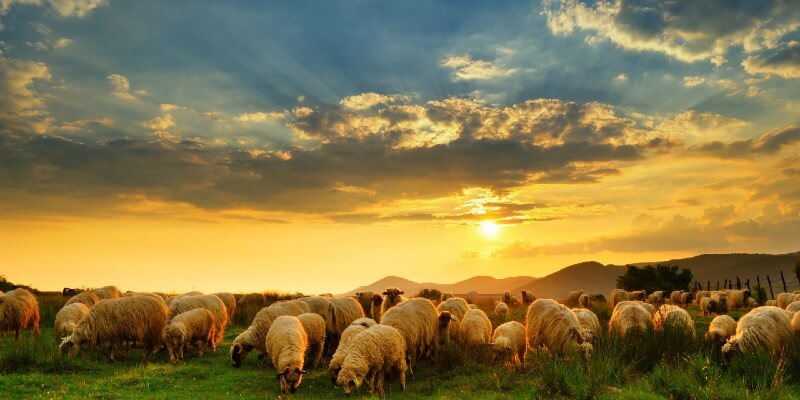 Stay Close to God Through Worship and Service

Like a lost sheep, Thomas was found by God. In great awe and realization of what Jesus’ resurrection meant, seeing Jesus, he cried out, “My Lord and my God!” In this way, Thomas worshipped God through Jesus Christ. He was convinced, “Jesus is God.” Additionally, Thomas realized that Jesus is the one who overcomes death, sorrow, and struggle for us, in us.

Believing in Jesus, worshipping Him, staying close with others of a similar mindset – all this helps us to draw near to God and remain close to Him. Hiding alone with our dark feelings will never change anything. We will find the Light as we seek the Light.

Thomas gave his life from then on to serving Jesus. It is not known for certain, but Christian legend suggests Thomas even made it all the way to India. Where is God going to take you?

If you would like to receive monthly emails with more encouraging articles, devotions, and free resources, please scroll down to sign up.

How to Recover Your Hope in Hard Times

Four Things to Do on the Days You are Discouraged