How You Can Have Total Breakthrough from Fear of Man 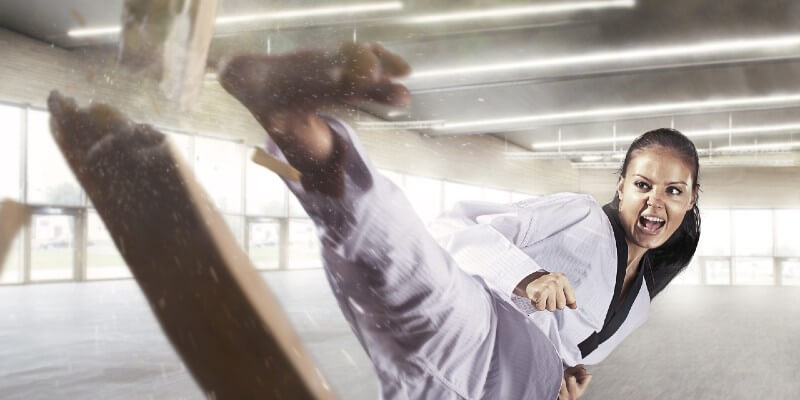 The Bible has an excellent verse about the effects of being afraid of people. It says, in Proverbs 29:25 NIV, “The fear of man lays a snare, but whoever trusts in the Lord is safe.” Now in this day and age, we don’t usually say “man” when talking about men and women. We say “people.” Nevertheless, the phrase “fear of man” is short and to the point. What we are talking about when we say “Fear of man,”  is having fear of the rejection, humiliation, abandonment, harm, and shame, etc. that can come from others.

And, the fear of man DOES lay a snare or a trap for us. But it doesn’t have to. We don’t have to live afraid of other people and what they can do to us. No, we can live with holy boldness and utter trust in God – with God’s help.

What we are talking about when we say 'fear of man,' is having fear of the rejection, humiliation, abandonment, harm, and shame, etc. that can come from others. Click to Tweet 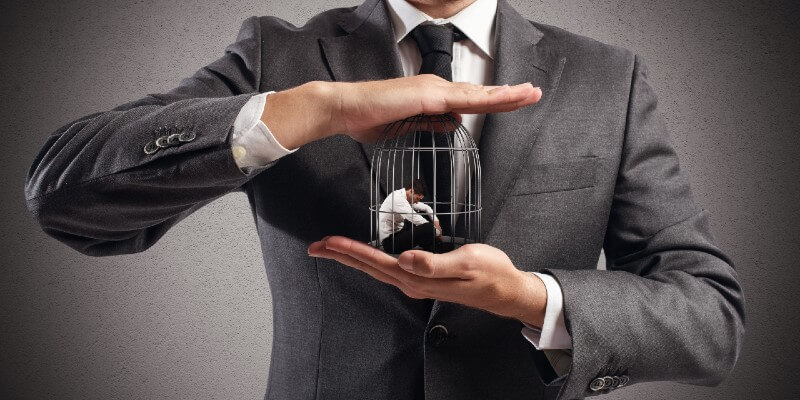 “The fear of man is a snare” meaning

So, what is a snare? And why does “fear of man” lay a snare?

A snare is “a trap for catching birds or animals, typically one having a noose of wire or cord.” (Oxford Language Dictionary Online.)

When the animal steps into the snare it tightens on them and they cannot get away. A mouse trap is really a snare because the food on the trap entices the mouse. It steps on the trap and the trap springs, catching him.

“Fear of man,” or worrying about what others think, what they can do to you, and the resulting damage or harm they can cause you, lays a trap for the person burdened with fear of man. Why? Because that person begins to “tiptoe around life” always afraid to speak or be themselves. Their supreme goal becomes making people happy; people who may abandon or harm them despite all their people pleasing. The fall out from this behavior can be far worse than anything someone else can do to us.

'Fear of man,' lays a trap for the person burdened with it. Why? Because that person begins to 'tiptoe around life' always afraid to speak, be themselves, or defend their principles. Click to Tweet

The worst damage is we cease to “fear the Lord,” that is, respect God above all else. Jesus said, “And do not fear those who kill the body but cannot kill the soul. Rather fear him who can destroy both soul and body in hell.” Matthew 10:28 NIV

A book on escaping the fear of man

We live in a time where two words are at the heart of a lot of discussions. It’s these two words: CANCEL CULTURE. People get afraid nowadays to speak up and share their true thoughts for fear that someone is going to embarrass them on social media, fire them from their work, abandon them as a friend, etc. In other words, cancel them out as a human being and as part of society. So fear of this (fear of man is what it is) is causing many people to hide. In terms of faith, it’s causing many people to “dumb down their faith” in order to get along with what they think society will tolerate.

However, a friend posted her thoughts on this a few days ago. She said she is trying harder than ever to be bold and speak her mind, especially where faith in Jesus Christ is concerned. The world is hurting. We need to address the hurt and Jesus is The Answer. This was her point.

Helpfully, she mentioned a book by Ed Welch, a licensed psychologist, called When People are Big and God is Small: Overcoming Peer Pressure, Co-Dependency, and Fear of Man. I have not read it, but from her description, it sounds very helpful.

In some places, people can lose their lives

But, “fear of man” isn’t just a foolish form of anxiety – worrying about what others’ think. There are some very real and bad things that can be done to us for speaking out about our beliefs or by living according to certain faith traditions. Some people in some places lose their lives for following Christ.

In a ministry newsletter, I just read of three women who all lost their husbands. Their husbands were Christian pastors or leaders in countries where Christianity is not particularly welcome. The men were murdered by opponents. But, in each of these cases, the men had willingly died for their faith and their wives were continuing with their work. What enables them to have these hearts?

“For I consider that the sufferings of this present time are not worth comparing with the glory that is to be revealed to us.” Romans 8:18 ESV

There are some that say, “Yes, even death is preferable to betraying my faith and failing to live it out to the fullest.” It is much better to live freely, authentically, and boldly.

There are some that say, 'Yes, even death is preferable to betraying my faith and failing to live it out to the fullest.' It is much better to live freely, authentically, and boldly. Click to Tweet

Learning from the Disciples in Acts 4:1-22

Well, one other thing that prompted me to write about this was reading Acts 4:1-22 again this week; about how Peter and John showed NO fear of man. However, if you know this story, you know that only a short time before this, they were terribly afraid.

As Jesus was arrested and then crucified, almost all of his followers scattered, fled, and hid. They were terrified about losing their lives too. It was a reasonable fear. They, too, could have been tortured and crucified.

Fear God not man was now their way

And yet, something happened. They encountered the resurrected Jesus and on the day of Pentecost, they were filled with the Holy Spirit. After this, when arrested by the Jewish authorities and thrown in jail, then made to stand before those authorities, they spoke with great courage and authority. You can read the story here.

The disciples, Peter and John, had miraculously healed a lame man and had been preaching about Jesus. They were filled with the Holy Spirit (Acts 4:8). Peter said, speaking of Jesus, “Salvation is found in no one else, for there is no other name under heaven given to mankind by which we must be saved.” (Acts 4:12 NIV)

They were ordered to never speak or teach at all in the name of Jesus again. (Acts 4:18) But Peter and John fearlessly replied, “Which is right in God’s eyes; to listen to you or to him?” You be the judges! As for us, we cannot help speaking about what we have seen and heard.” (Acts 4:19 NIV) 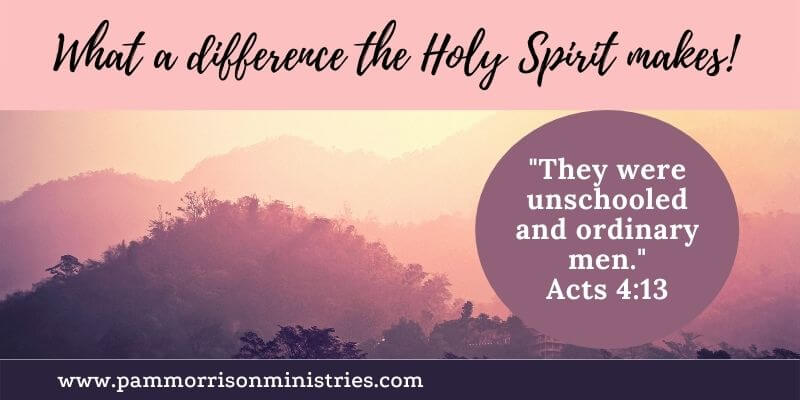 When you think about it, Peter and John were facing what many of us face today. They encountered powerful men who could destroy them. We come up against powerful social media leaders and politicians, progressive voices in society and even in the church. Many are saying, “Shut up or else!”

For Peter and John, the “or else” could have been crucifixion. The women I spoke of above who lost their husbands encountered this same level of threat and actual harm. Their husbands were brutally murdered because of their outspoken Christian faith.

But the women, their husbands, and these apostles of ancient times all would not keep quiet or succumb to the rulers or to their own fears about the rulers. What’s the difference in their lives as compared to those who are scared into silence and non-action? The Holy Spirit.

Lay Aside the Fear of Man

On the Desiring God website, Jon Bloom, a staff writer, wrote an article published on September 16, 2016. In it, he said some powerful things about our “built in” “desire for approval” and “fear of disapproval.” He said, “God actually designed us to be motivated by these emotionally powerful forces, for they uniquely reveal what we love.”

He said that because “our existence fits into a larger purpose or story,” we seek affirmation from a source outside ourselves. That source is intended to be God. Bloom wrote that God can free us from fearing people and fearing disapproval, but He does it by “transferring it [our fear or reverence] to the right place.”

So, what’s the answer to losing fear of man? More God. Seek the presence of Jesus, the infilling of the Holy Spirit and do all you can to obey the simplest things you feel are coming to you from God – whatever you hear in your worship time, from Bible study, and the nudges you get in your heart. Obey. And watch the people pleasing “fly away.”

And then see yourself become a bold lion, like Peter and John. 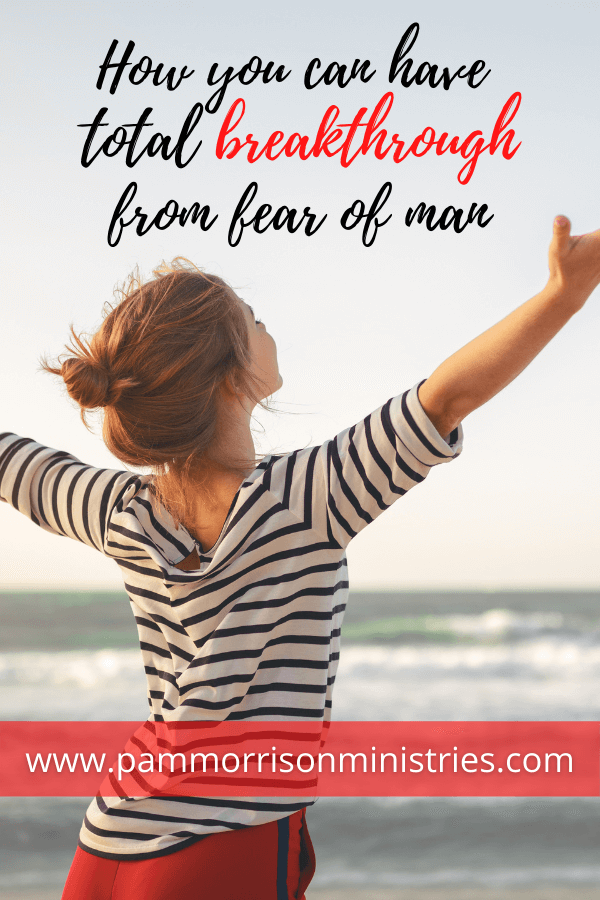 How Do I Leave My Worries to God?

How to Cope Spiritually With Feeling Left Out

How and Why Should I Read the Bible?

How Can I Have More Faith?

Also, your comments are so valued! I love to interact with readers and I’m delighted to help through further conversation. 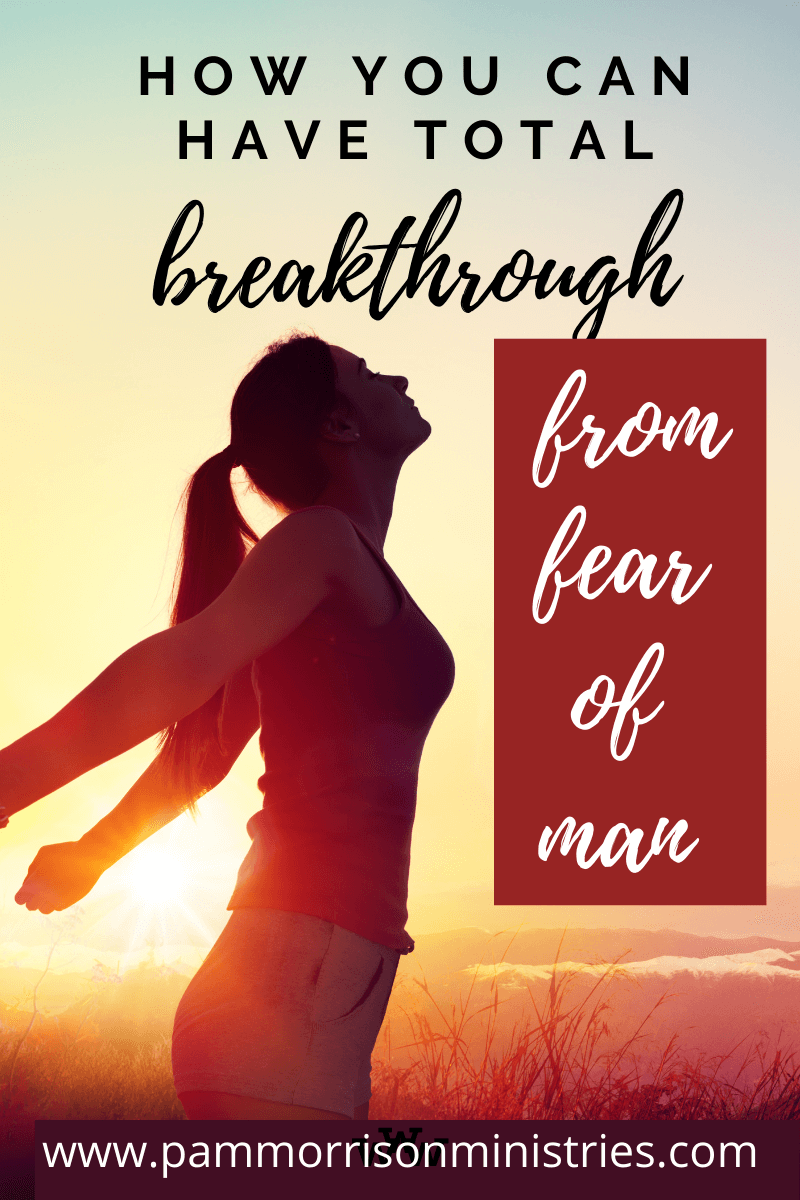