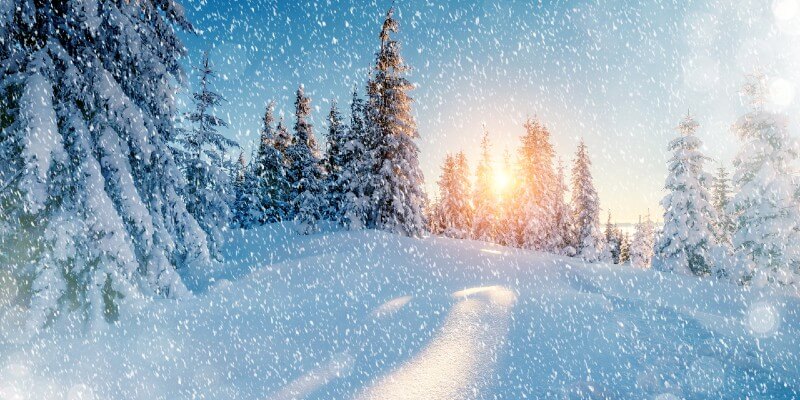 A lot is being written now about having a happy Christmas despite current, very challenging circumstances. For example, much is being said about handling grief, loss, and separation from loved ones. I also wrote about grief and stress. But, in this article, “How can I have hope at Christmas?,” I want to share about something else, something that has nothing to do with what you need to think, feel, or do to handle Christmas.

Instead, this is an article about how hope breaks in on us at Christmas – often in spite of us.

So many times at Christmas, miracles of love seem to happen. Sudden good and fortunate events occur and they so uplift the heart. When they happen, once again you look up and remember that God’s angels said, “Peace on earth, good will towards men,” at Jesus’ birth. Your heart, all over again, lifts up, with a stir of warmth and excitement.

Fortunately, this season is a time of miracles of love. Sometimes they’re small. Other times they’re big. But, they all remind us of our supernatural, wonder-working God and the goodness of Jesus coming into the world.

Often times at Christmas, miracles of love seem to happen. Sudden good and fortunate events occur and they so uplift the heart. Click to Tweet 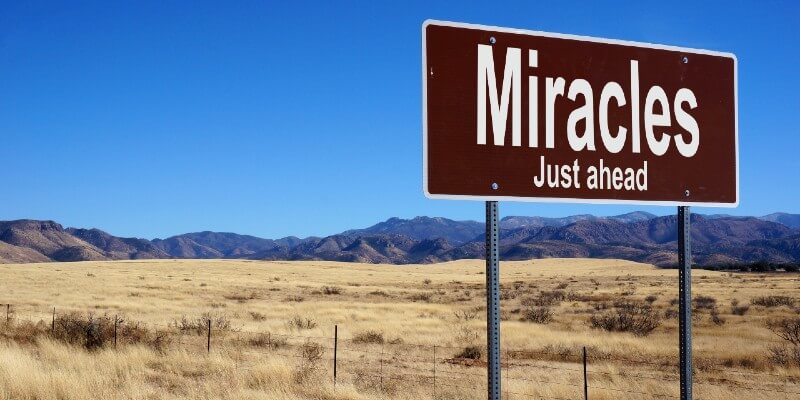 A Small Miracle of Kindness

For example, the other day my husband was out doing errands.

Almost finished, he came back to his car and found a visa gift card under a windshield wiper. The card was for $20 and had on it a simple, handwritten message. It said, “Do something nice today.”

My husband was stirred by the random act of kindness. In a time with so much bad news and heaviness, he felt that spurt of liquid warmth in his heart. “For the Lord Most High is awesome, the great King over all the earth.” (Psalm 47:2) Despite what we see, God is in control!!

My husband felt the little quickening of Christmas joy. And, “Now what can I do for the next person?” he thought.

It so happened that he then went to Goodwill to drop off some donations we had. Two men, working silently and tight-lipped, unloaded the car. One, actually, has trouble speaking – we’ve noticed this before in going there.

Searching his pockets, my husband found two $10 bills. He handed them over to the two men and said, “Merry Christmas, guys!” They both burst into smiles. The one who could speak said, “No one ever does that for us.” They were filled with joy. My husband came home smiling and humming Christmas songs.

Hope at Christmas Comes This Way

You see how it works. The Spirit stirs in us a desire to go out of our way, to give – often after we’ve received. We hunger to do it in a way that’s spontaneous, courageous, and full of delight.

A man purchases gift cards and leaves them on strangers’ cars. The Christmas spirit is in his heart. He doesn’t know who will get his money. Will they use it well? It doesn’t matter. He’s acting with courage and risking using his money in this way. Suddenly, a swath of kind acts breaks out in his part of the city following his kind gesture.  Christmas does that to us. 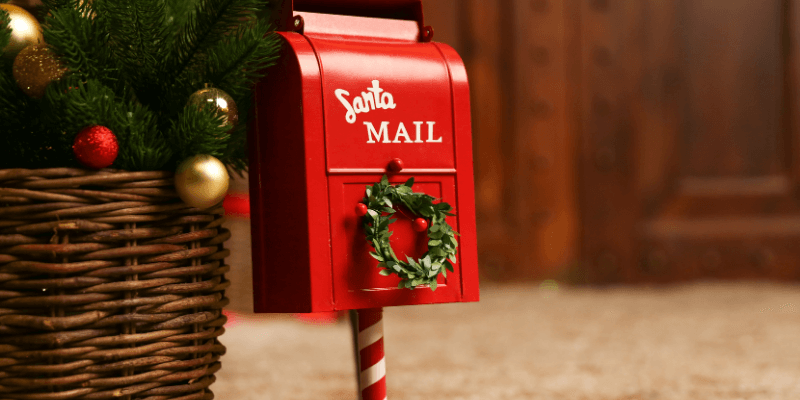 A Little Girl’s Hope at Christmas

And, here’s another Christmas story of joy and kindness.

This is a little more of a miracle that brought hope at Christmas time in 2011. What happened for a small child was then shared by several news outlets.

It seems a little girl named Helen, only 5, wrote a Christmas message to Santa. Her family had very little money so her requests were simple and Santa was her only hope. She just wanted a doll, pants and some boots.

In Auburn, Washington, Helen wrote and attached these requests to two balloons and then hoped they would get to Santa at the North Pole.

Some 700 miles away, a woman named Julie was bike riding with her son in California when they discovered Helen’s notes – written in Spanish – lying on the ground. What would even make them stop to pick up scraps of paper in the dirt?

With an injured mom and a father struggling to find work, Helen didn’t have much hope for Christmas. Julie bought presents, addressed them from Santa, and sent them to the family. What are the odds that she would find those notes? Or, even act on them?

But, little Helen received a blessed Christmas, a Christmas that encouraged and uplifted her whole family. God is good. There is still goodness in the world!

An Even Bigger Miracle at Christmas

And, this story of the effect of Christmas has been told many times, but it’s worth the retelling. You may know it.

In World War I, young men were in battle trenches, British and German troops, on the first Christmas day of the war. Things were quiet and tense. Fearfully, they must have wondered when the next horrific battle engagement would occur.

But then, German soldiers began to light candles on Christmas trees on their parapets. The British soldiers started bonfires and sent up rockets.

As the spirit of Christmas began to fill those trenches, soldiers sang carols to each other and even together. I’ve heard in one telling of this story that a voice began Silent Night and men, one by one, joined in and even harmonized. This supernatural peace continued mile after mile along the battle lines.

Tentatively, then eagerly, the young men came out of the trenches and began to share their gifts from home with each other – tobacco, jam, sausage, chocolate, and liquor. They even traded names and addresses and played soccer between “the shell holes and the barbed wire” – to the dismay of their generals. (from Stories, Illustrations, and Quotes by Robert J. Morgan)

This extraordinary event is called “the most famous truce in military history.” Though more than one book is written about this event, a good one is Christmas Truce by Malcolm Brown and Shirley Seaton.

And He will be called Wonderful Counselor, Mighty God, Everlasting Father, the Prince of Peace. Isaiah 9:6 Click to Tweet 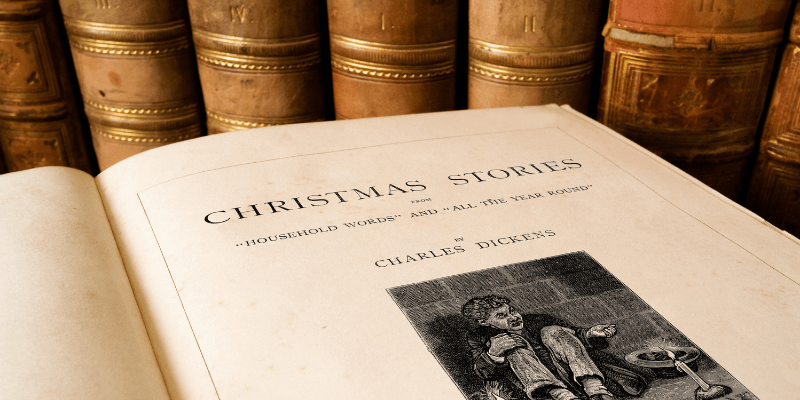 The Christmas Carol’s Message of Hope

And finally, a story about a story.

In 2017 a movie came out called The Man Who Invented Christmas. It was the story of Charles Dickens and his writing of the book A Christmas Carol. In the movie, the state of Dickens’ life at the time he wrote this book, is revealed. As he wrote this book, in six short weeks, he was in a desperate state – his reputation and popularity at an all time low and his bank account overdrawn. The story, which he began as a pamphlet, became an intense mission for him.

Originally, he was going to call the pamphlet, “An Appeal to the People of England on Behalf of the Poor Man’s Child.” Dickens had lived the life of many of these children, because at the age of 12, his own father was imprisoned for debt. Charles Dickens went to work in a boot blacking factory. He knew the long days – perhaps 16 hours of labor a day – six days a week – that many children endured. His heart went out to these poor children, some beginning their factory life at age 6.

This Miraculous Book Transformed a Culture

In this era in England, industry was increasing but people, even children, were seen as so many cogs in machines. Dickens, at first, thought he would write a scathing response to a parliamentary report on the use of  child labor but instead, Dickens did what he did best – he told a story.

On the 19th of December 1843, six weeks after he started, A Christmas Carol was published. The first printing of 6,000 copies sold out in a week. Where Christmas had been little celebrated in England for some time (the Puritans had outlawed it in the past), it became a first tier holiday after that.

More importantly, people began to think much more about how they treated the poor. “Charitable giving increased almost immediately after the book’s publication.” (from Dickens and His Christmas Carol)

Think about this miracle of Christmas – the whole holiday was elevated, children in poverty became important to a nation. This book has never been out of print. Those who produce movies, plays, readings, and musicals still use it as their basis.

One man and his book were used to soften an entire society and a good part of the rest of the world.

“Until the early 1800’s London was a city filled with poverty and misery. It was a time of debtors’ prisons, workhouses, and child labor. There was no compassion. If people were poor, it was surely from their own doing and they had to suffer the consequences.” (from Dickens and His Christmas Carol)

God used Dickens and a slender Christmas book to change a nation. It was a miracle that flowed from the birth of the Christ child.

My Christmas Wish for You

So, my Christmas wish for you is simple. I pray that you, also, will encounter surprising love and kindness – from a source or sources that you did not anticipate. As a child runs to see what’s under the tree and is amazed and delighted, may you find a “package” in your life that you did not see coming, something that reminds you of the birth of the Christ Child and of all His grace. May you find hope at Christmas all over again and have your heart filled to overflowing. He is born in Bethlehem… 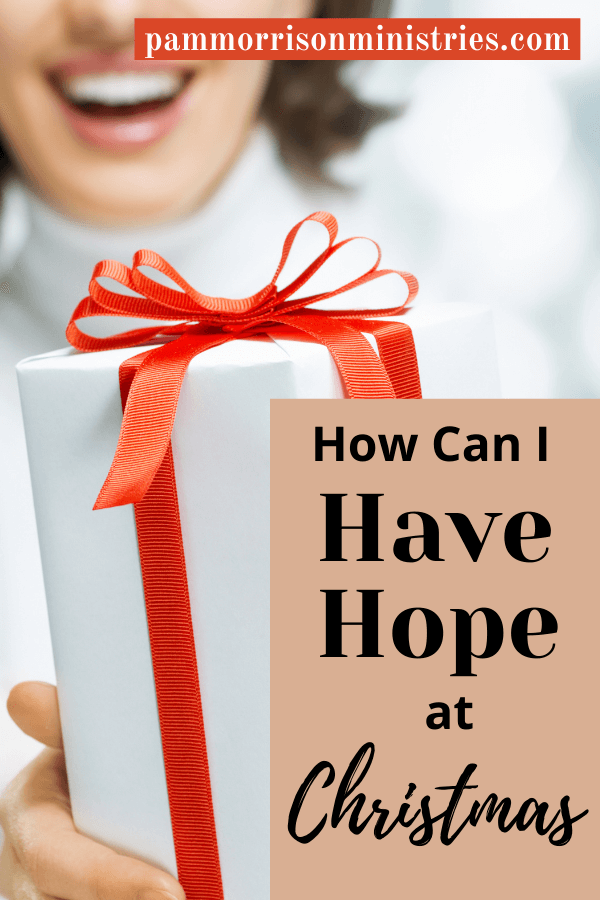