The Miracle That Is the Healing House 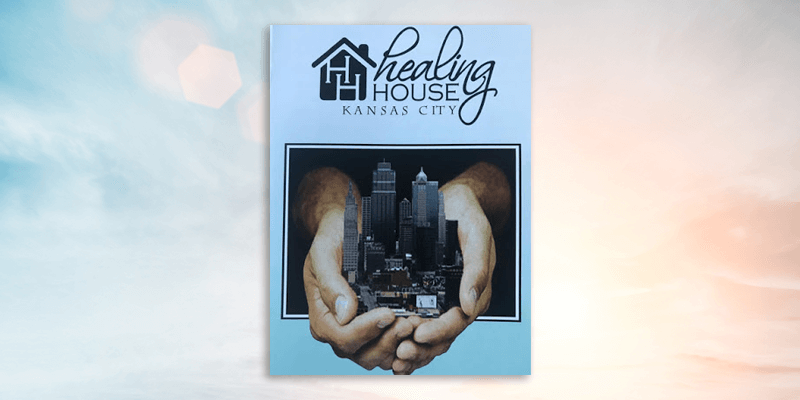 I was asked a question yesterday that I often get,

“How/why did you start working with addicts?”

I am an ordained pastor – I have led or helped to lead six churches. How and why would I leave them for the inner city? Let me say this:

You may be in this ministry too, or you may have a family member who’s struggling with addiction. You may be watching our nation floundering in the midst of its drug addiction problem and be wondering, “How can I help? What can be done?” Let me share just a little of my own testimony:

My journey with addicts began with Prison Fellowship in Leavenworth. To be honest, I had hit a wall in local church ministry – the way the Spirit was leading me was taking me away from the denomination I was in at the time. It was a painful time, a moving on time.

Together with a friend, I spent a few years entering a jail each week to spend time befriending women there while sharing Bible studies with them.

All the orange suited women around her laughed when she said it, but she showed no emotion and went on to explain, “I was homeless at 12. A friend hid me for a while in her home. I would try to go to her school and slip into classes…”

I don’t remember all the details any more. This was years ago. I just remember the picture in my mind of a child being somehow without her family, trying to get into school and just have some normalcy without anyone catching her and throwing her out. These stories would often cause me to just go cry for a while.

At the same time, I was planting a church with my husband, in a different denomination. One Sunday morning, six young women showed up with their counselor. They were all in a rehab facility and the counselor was giving them one field trip to church. They were only supposed to try it that one Sunday. The thing is, they loved it and I loved them. Next thing I knew, they kept returning, and more like them kept coming. Pretty soon, I was in recovery ministry and not in the church planting business any more!

With a move to a neighboring city, by chance (I should say, by God appointment!), I ran into two old friends in the produce section of a local grocery store. Almost a moment after “the hellos, how are you?,” they said, “We’ve been going to the Healing House.”

“It is a community for people in addiction recovery. The woman who founded it was herself an addict at one time. You should come with us some night.”

Soon after that encounter, they took me to the Healing House, and I have never left. Eight years later I am still involved with this wonderful community, a faith based recovery community – where miracles happen. 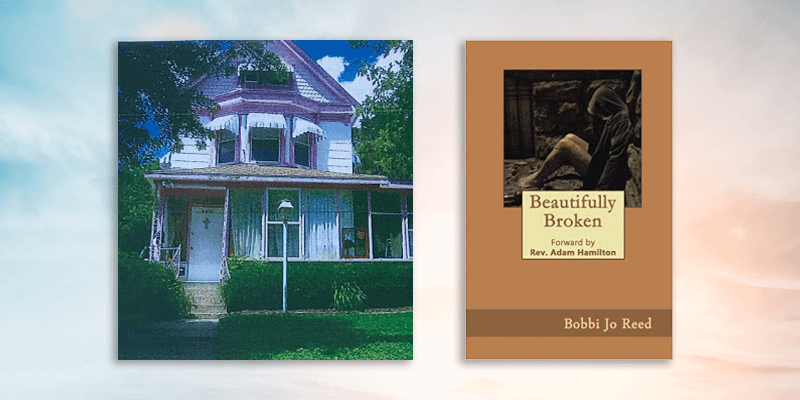 Bobbi Jo Reed, the director and founder of the Healing House, was lost in addiction herself at one time, an addiction that began in her early teen years.

Her story is told in her book called Beautifully Broken.

It is a difficult story to read – a story of addiction, street life, abuse, and suffering.

But, it is also a glorious story to read as Bobbi Jo found faith in Christ and everything changed for her. She has 20+ years of sobriety and her ministry in the inner city, in the state, and now, even nationally is phenomenal.

Once clean and full of love for Jesus Christ, she began to be burdened about countless other women who were trying to be free of the addicted life style. She would make them cookies and bring small bottles of hygiene products to those who were in treatment.  But what really concerned her was that they had no place to go after 28-30 days. Women, perhaps, on their own, with no money and perhaps with only a trash bag full of belongings would get through this month to separate themselves from a drug, but have no place to go to begin to rebuild their lives afterwards. They left treatment facilities on the threshold of disaster – with the probability of a quick return to their old life looming.

There was so much need and so few beds available for people to heal.

And this remains a critical problem in our nation – having enough places, time, and ways available for people to recover and remake their lives.

Bobbi Jo, with a little money that she inherited after her mother’s death, bought her first house, a house that itself needed rehab. This first house, called the Pink House, was in a rough neighborhood. Bobbi Jo began her project of preparing a place for recovering women by fixing up this house by herself.  She says she would go in and stomp her feet and call out, “Come on, Bob! Come on, Joe!” as if she had companions. That way, any homeless people could jump out the windows, run away, and she would be safe.

The Healing House is a blossoming, growing, extraordinary community for helping people to get off drugs, stay off drugs and rebuild their lives. It is a community centered in Christ and is increasingly growing in its renown as a model for what faith based recovery uniquely is and can do.

The challenge is to help people become aware of what is going on in such communities. The challenge is to help new neighborhoods see what a wonderful effect a sober living house or houses can have on their surroundings. Drug houses are disappearing from the area around the Healing House as its leaders buy up properties, restore them, and then fill those properties with people receiving renewed lives, people who have come to Christ. Dangerous streets are turning into peaceful neighborhoods.

You may have had your own thoughts around this issue.  Thoughts such as:

How can I help address the drug problem in my own city, in the nation?

How can I get help for someone in my own family?

You may have these questions and others from your own life or perhaps, God has been stirring something in you. Here is a beautiful video that sums up the Healing House’s ministry. Healing House video

My prayer is that communities like this multiply across the nation.

I rest in the knowledge that Jesus said this about Himself and those who follow Him,

The Spirit of the Lord is upon Me because He has anointed Me to proclaim good news to the poor. He has sent Me to proclaim freedom for the prisoners and recovery of sight for the blind, to set the oppressed free, to proclaim the year of the Lord’s favor.  Luke 4:18-19

Every blessing in Christ!