The Pentecost Story: Acts 1:8 You Will Receive Power When Holy Spirit Comes 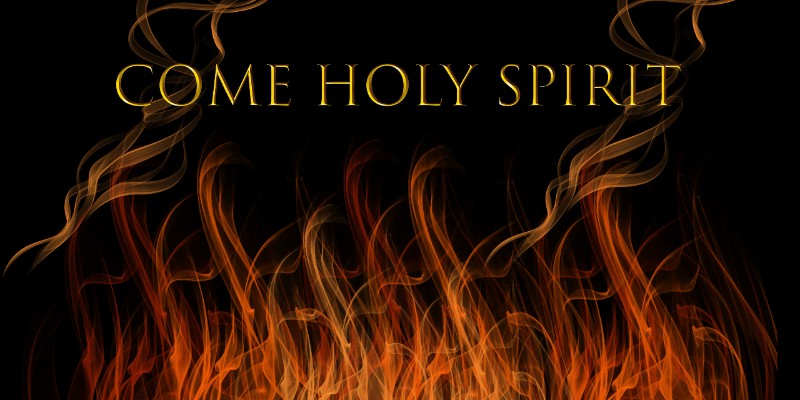 What is the Pentecost story?

When people speak of the Pentecost story, they are referring to a Bible story in the Book of Acts, chapter 2. After Jesus told His disciples, during one of His resurrection appearances, that “they would receive power when the Holy Spirit comes on them,” (Acts 1:8), they waited in Jerusalem for it.  Jesus is also recorded as having said, “I am going to send you what my Father has promised; but stay in the city until you have been clothed with power from on high.”(Luke 24:29 NIV)

'But you will receive power when the Holy Spirit comes on you; and you will be my witnesses in Jerusalem, and in all Judea and Samaria, and to the ends of the earth.' Acts 1:8 NIV Click to Tweet

So, the disciples were told before the day of Pentecost that they would receive power.  And, that this was the promise of the Father.   After the events of the day of Pentecost, Peter would call this moment of receiving the Holy Spirit “the gift.” (Acts 2:38)

What happened to the disciples on Pentecost?

Many readers will know this story well.  But, for those who don’t, here is what happened:

Obediently, men and women, who followed Jesus closely, went back to Jerusalem after Jesus ascended into heaven.  They waited and prayed together.  There were about 120 of them.  The Bible says:

“When the day of Pentecost came, they were all together in one place.  Suddenly a sound like the blowing of a violent wind came from heaven and filled the whole house where they were sitting.  They saw what seemed to be tongues of fire that separated and came to rest on each of them.  All of them were filled with the Holy Spirit and began to speak in other tongues as the Spirit enabled them.” (Acts 2:1-4 NIV)

They spoke in the actual languages of the many curious people who gathered around them.  The Bible says the disciples were declaring the “wonders of God.”  Some made fun of them and said they had just had too much wine.

Peter then spoke by the Holy Spirit

Peter then stood up and reminded the crowd of a Bible prophecy from the book of Joel.  He declared that God had said, “In the last days, I will pour out my Spirit on all people.  Your sons and daughters will prophesy, your young men will see visions, your old men will dream dreams.  Even on my servants, both men and women, I will pour out my Spirit in those days, and they will prophesy.” (Acts 2:17-18 NIV)

But, Peter didn’t stop there.  Filled with power and an eloquence given by the Spirit, he preached a gospel message describing what had happened in the previous days.  He told the people that they were responsible for the crucifixion of Jesus, and ended with these words, “Therefore let all Israel be assured of this: God has made this Jesus, whom you crucified, both Lord and Messiah.” (Acts 2:36 NIV)

The Bible says next that “when the people heard this, they were cut to the heart and said to Peter and the other apostles, ‘Brothers, what shall we do?'” (Acts 2:37 NIV)  Peter told them, “Repent and be baptized, every one of you, in the name of Jesus Christ for the forgiveness of your sins. And you will receive the gift of the Holy Spirit.”  (Acts 2:38 NIV) “Those who accepted his message were baptized, and about three thousand were added to their number that day.” (Acts 2:41 NIV) 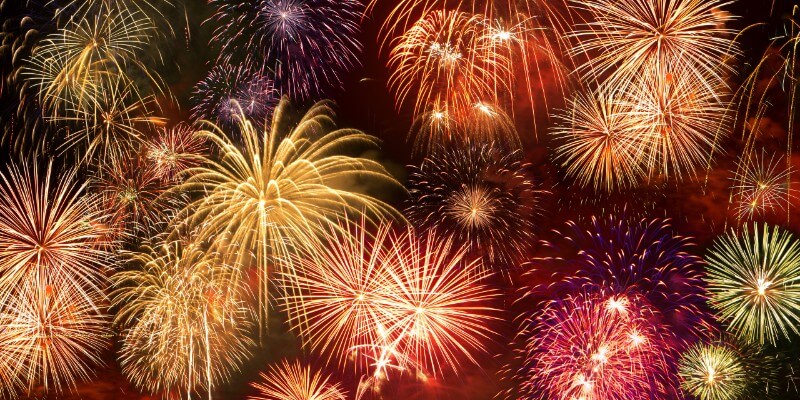 The baptism of the Holy Spirit

What had happened to the disciples as the Holy Spirit and the tongues of fire came upon them was a radical transformation. It was fireworks!  Just a short time before, they were cowering and crushed by the events of Jesus’ death.  With his resurrection and with their own Spirit baptism, they became a people on fire.  Unafraid.

Resource: How the Resurrection of Jesus Christ Impacts Your Life Today

The disciples began to heal and teach boldly.  Boldly!  After healing a crippled man at the Beautiful Gate of the Temple (Acts 3:1-10), these Spirit-filled men were put in jail and then hauled before the Sanhedrin (the Jewish rulers).  These rulers did not want all this commotion and talk of Jesus’ resurrection with healing in His name. Peter preached fearlessly to the very men who had put Jesus on trial and sent Him off to Pontius Pilate.

'They seized Peter and John and, because it was evening, they put them in jail until the next day. But many who heard the message believed; so the number of men who believed grew to about five thousand.' (Acts 4:3-4 NIV) Click to Tweet

He said, when talking about their healing of the crippled man, “Know this, you and all the people of Israel: It is by the name of Jesus Christ of Nazareth, who you crucified but whom God raised from the dead that this man stands before you healed.” (Acts 4:10 NIV).

He went on to say that, “Salvation is found in no one else, for there is no other name under heaven given to mankind by which we must be saved.”  (Acts 4:12 NIV)  The Bible tells us about the rulers’ reaction: “When they saw the courage of Peter and John and realized that they were unschooled, ordinary men, they were astonished and they took note that these men had been with Jesus.” (Acts 4:13 NIV)

Though the rulers threatened Peter and John and warned them to no longer speak in Jesus’ name, the two men went back to their companions and prayed for more boldness and more of the Spirit.  This was the effect of the Holy Spirit having filled them up.  This was the result of this very special new form of Pentecost.

What does “receive the power” of Holy Spirit mean?

What does it mean to receive the power of the Holy Spirit? Just reading these three chapters of Acts, 2, 3, and 4, helps us see the complete overhaul of the disciples’ heart attitudes and daring.

When they walked with Jesus in the past, during His earthly life, yes, they learned things and yes, they did some miracles.  But, they were also often confused, competitive, selfish, and afraid. The coming of the Holy Spirit on them utterly transformed them into bold and believing men and women, unafraid of other people. The disciples became zealous evangelists, telling everyone they could about Jesus.  And, they moved in miracles and great compassion, healing and delivering others, just as Jesus had done.

What is the definition of Pentecost?

Pentecost seems like a “strange” word to many modern ears. What does it mean?

It is a Greek word that means 50. In Old Testament times, there was a feast observed on the 50th day after the barley sheaf was waved at the Feast of Unleavened Bread.  This was an agricultural feast celebrating first fruits. Eventually this time would be also linked to the giving of the Law to Moses. 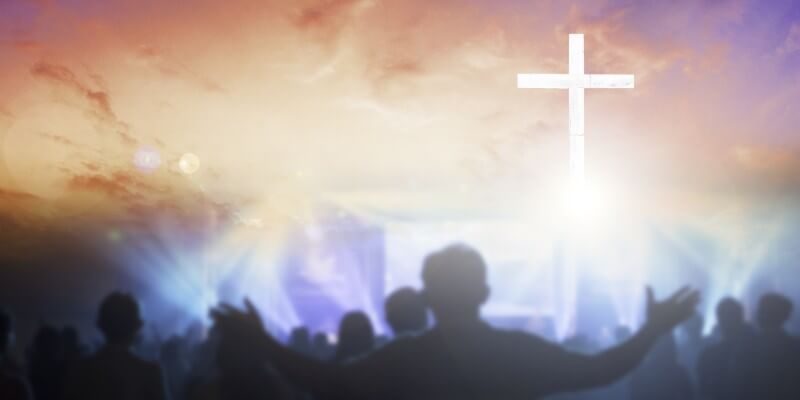 What happened next because of Holy Spirit?

Christianity truly began to spread like a wildfire.  This was because the people were “on fire.”  What they could not do in their own strength, they were able to do by being indwelt by the Spirit.

The Holy Spirit gave them power to speak the words about Jesus’ life, death, and resurrection.  As Jesus had promised, the Holy Spirit reminded them of His teachings.  They were comforted, consoled and led by the inner voice of the Holy Spirit.  Their lives became sanctified meaning they moved farther and farther away from sin.  This was nothing less than extraordinary.

And with the launching of a man named Paul and others into ministry, Christianity began to spread over Asia, into Europe, to Africa, and so on.  The Apostle Paul was introduced first in the Bible as an enemy of Christianity.  But, as Luke describes in Acts 9, Paul, then called Saul, was knocked to the ground and struck blind by a powerful, supernatural encounter with Jesus.  Responding to the ministry of a man named Ananias, Paul recovered his sight. He was filled with the Spirit himself.  And immediately, he went out and began to preach Jesus.

As more and more people heard the gospel, they were converted to Jesus followers.  And subsequently, they would become filled with the Spirit too.  Churches were planted in various cities and the faith spread rampantly.  There is a verse in Acts 19 that says, speaking of the Apostle Paul in Ephesus, “This went on for two years (Paul’s teaching in a lecture hall) so that all the Jews and Greeks who lived in the province of Asia heard the word of the Lord.”

The Bible says about Jesus that: “God exalted him to the highest place and gave him the name that is above every name, that at the name of Jesus every knee should bow, in heaven and on earth and under the earth, and every tongue acknowledge that Jesus Christ is Lord, to the glory of God the Father.” (Philippians 2:9-11 NIV) 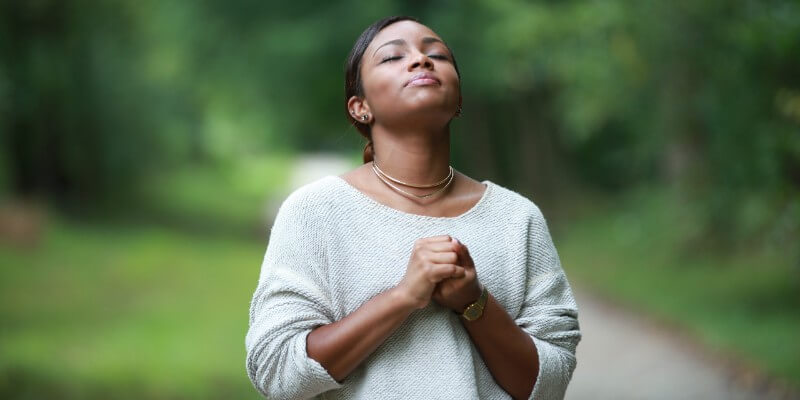 How can I receive the Holy Spirit?

Do you hunger for a relationship with the Holy Spirit?  Do you sense that something is missing in your walk with Jesus?

Let me point you to two passages of scripture.  Beginning in Luke 11:9, Jesus is recorded as saying, “Ask…seek…knock.”  And He says which of you fathers would give your child a snake instead of a fish if they ask for it?  Then he gives two more examples of earthly fathers giving good gifts instead of bad ones.  He concludes with these words, “How much more will your Father in heaven give the Holy Spirit to those who ask him!”

The second passage is recorded in John 7, starting at verse 37. Jesus says, “Let anyone who is thirsty come to me and drink.  Whoever believes in me, as Scripture has said, rivers of living water will flow from within them.  By this he meant the Spirit, whom those who believed in him were later to receive…”

Having your own Pentecost is possible

So, receiving the Spirit is a matter of reading the scriptures about the Holy Spirit and believing them.  Then, it is a matter of just asking the Lord.  The simplest prayer?  “Come, Holy Spirit.”  You can have others pray for you too, but just ask God.  He is our good, good Father and He wants you to have your own Pentecost too.

Pentecost Sunday is on June 5, 2022 this year.  Join others in worshipping and celebrating this wonderful remembrance of Acts 2:1-4 when God began the pouring out of the Spirit on all flesh.

There are many excellent books on the Holy Spirit.  I am reading one now called Holy Fire: A Balanced, Biblical Look at the Holy Spirit’s Work in Our Lives. You can find it here.

How and Why Did Jesus Die? 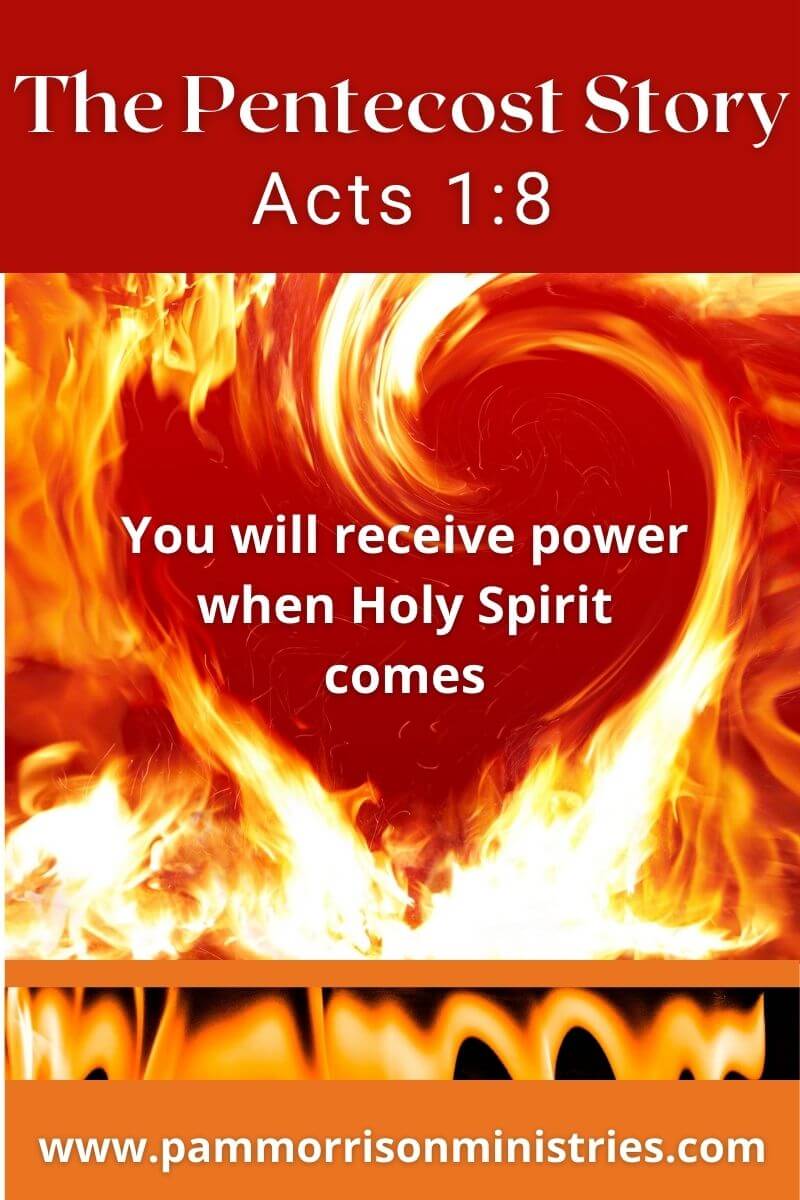