How the Resurrection of Jesus Christ Impacts Your Life Today 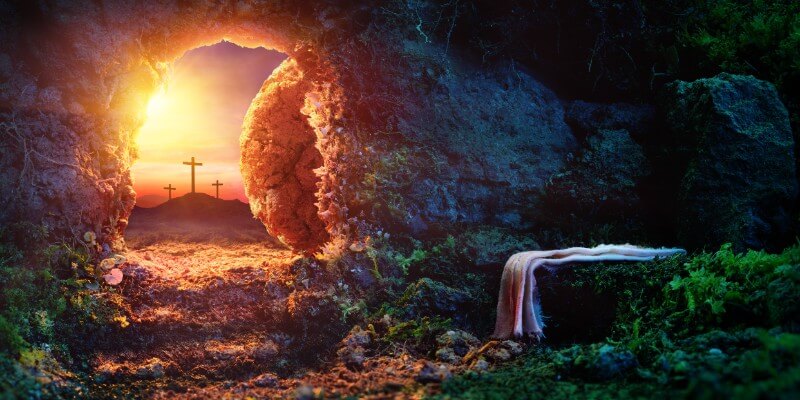 We recently celebrated the resurrection of Jesus on Easter Sunday. Should talk about it now cease until next year? No! You see, Easter is also a 50 day season of time that lasts up until the Day of Pentecost. But more importantly, the resurrection of Jesus is the central event of Christianity establishing the truth of Jesus as the Son of God. The claim that He conquered sin AND death through the cross was verified by it. Still, many modern people may wonder, “How can a man’s death on a cross 2,000 years ago affect my life? And, how does the resurrection of Jesus impact me today?

In an article on Crossway.org, Adrian Warnock wrote that the resurrection of Jesus really changed everything. However, he said, in Christian communities, we speak too often only of the cross and the forgiveness of sins that Jesus accomplished there. We tend not to spend enough time or consistent time talking about the mind-blowing miracle of Jesus coming back from the dead – and what that means for all of creation.

The resurrection did change everything

This is more of Warnock’s quote: “[The resurrection] changed the cross from a tragedy into a triumph, and it changed the Roman empire into a Christian state. This was the most powerful divine event in the history of creation, and it ushered in a new age of the Holy Spirit’s activity and power in saving and transforming lives.”

Was the resurrection of Jesus a myth?

Yes, for millions and millions of people, the resurrection of Jesus Christ is the pivotal event of history. It is the central belief of Christianity. But, the fact is, many people still deny that it happened. Surprisingly, even some who would say they are Christians doubt it.

A number of theories have been created over the past couple of thousand years to deny that Jesus was raised from the dead. For example, there are explanations given like, “Jesus didn’t really die. He swooned and then was resuscitated.” Or, “the disciples stole His body.” You can read a brief one page description of four of these types of theories here.

The disciples after resurrection encounters

But, just some quick thinking about the two theories I have stated show their lack of plausibility. Considering the physical torture Jesus underwent and His massive loss of blood, could He really just have blacked out for a little while, gotten off the burial stone where He was laid, and rolled the 2 ton stone away from the mouth of His tomb?

And as for the disciples – if they had stolen the body and made up a “wild” story about resurrection, how could they have kept that story up when their lives were threatened? In truth, all of them were executed except John. Generally, a lie is given up quickly if one is faced with a tortuous death. 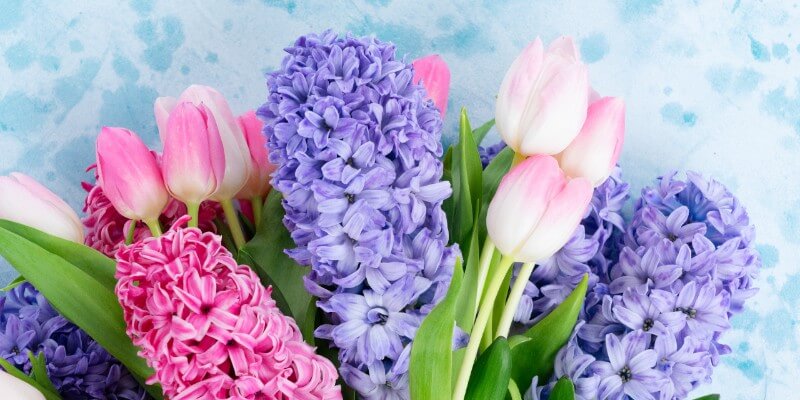 Did Jesus have to be resurrected?

There is a great deal of evidence for the resurrection of Christ. The Case for Christ is an excellent book describing such evidence. Nevertheless, do you wonder why the resurrection is so essential? Some say, “Christianity can stand without the resurrection story. Jesus still would have been a good teacher and example without it.” But, the world has had many teachers and philosophers. Not one of them has become its Savior.

'He is the atoning sacrifice for our sins, and not only for ours but also for the sins of the whole world.' (1 John 2:2 NIV) Click to Tweet

So, first of all, the resurrection was essential to prove that Jesus is who He said He is – God the Son who could provide for the forgiveness of all human sin. It was also necessary to fulfill the things Jesus had said about His impending death.

Aside from statements about the manner of His death, He said many other astounding things like, “I am the Resurrection and the Life,” (John 11:25 NIV) and that “before Abraham was born, I AM.” (John 8:58 NIV).

And, about His followers, He said, “I give them eternal life, and they shall never perish; no one will snatch them out of my hand.” (John 10:28 NIV) All these statements would seem like the rantings of a crazy man, or the great lie of a scam artist unless He could prove that He was part of the Godhead and Lord. By rising from the dead, He showed that His words were true and the identity He claimed was accurate.

Jesus spoke of his resurrection

Repeatedly, Jesus had conversations with His disciples about His death and resurrection. Mark 8:31 (NIV) gives us one example:

“He then began to teach them that the Son of Man must suffer many things and be rejected by the elders, the chief priests, and the teachers of the law, and that he must be killed and after three days rise again.”

And, of course, this type of conversation appeared elsewhere in Mark (9:31 and 10:34) as well as in the other gospel books in the Bible.

Additionally, the death and resurrection of Jesus had been predicted in the Old Testament many times. Also, how  the Messiah could be recognized was described there. The Apostle Paul would later teach about this in the many synagogues he visited. Acts 17:2-3 NIV says:

“As was his custom, Paul went into the synagogue, and on three Sabbath days he reasoned with them from the Scriptures, explaining and proving that the Messiah had to suffer and rise from the dead. ‘This Jesus I am proclaiming to you is the Messiah,’ he said.” 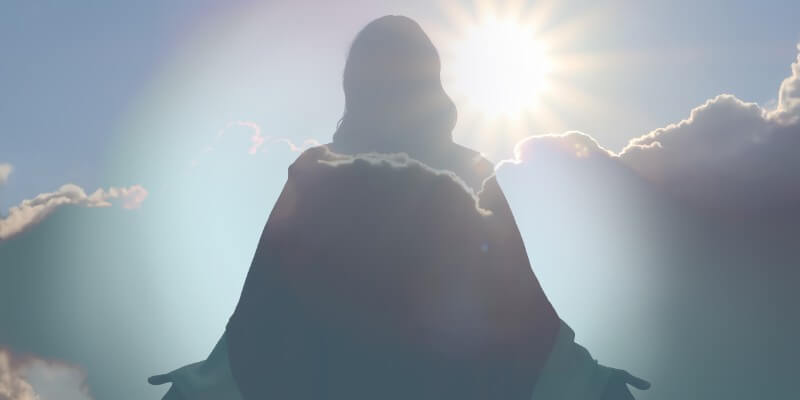 But, how does the resurrection help me?

So, how are you personally impacted by the resurrection?

If you are a believer, you know that Jesus died for your sins. He took the penalty for them so that you could be free from blame and guilt as well as eternal punishment. Yet in rising from the dead, He gave us even more.

Jesus proved that our sin and death could not hold Him in the grave. As we believe in this, and are baptized, we “die and rise” again too in this life. Jesus puts new life in us by the Holy Spirit. He transforms us, giving us vibrant life, hope, power, and godliness. We grow to look more like Him every day.

The Bible says that the very “incomparably great” power that raised Jesus from the dead is available for those who believe. Furthermore, 1 John 4:17 tells us that “in this world we are like Jesus,” because of God’s love and transformation of us.

The joy of encountering the living Jesus

On the road to Emmaus, two men encountered the risen Jesus. Their story is told in Luke 24. For them, the scriptures came alive as Jesus walked with and talked to them. Their hearts “burned” within them.

The men didn’t recognize Jesus at first. But, later on, in the breaking of the bread, they recognized Him, only to have Him disappear. They ran to tell the apostles, “It is true! He is risen.”

As days passed, these eye witness accounts multiplied (see 1 Cor. 15:3-8). When the Day of Pentecost came and the Holy Spirit filled the believers and then, more and more people, the Church began to explode. The number of people believing in the risen Jesus increased exponentially and it continues up until today. People could live with hope and strength in this life, overcoming trials, and they could believe for the world to come. Jesus had opened the door to eternal life.

This power and hope for this life and eternal life is also for us. It is all because of the resurrection of Jesus. 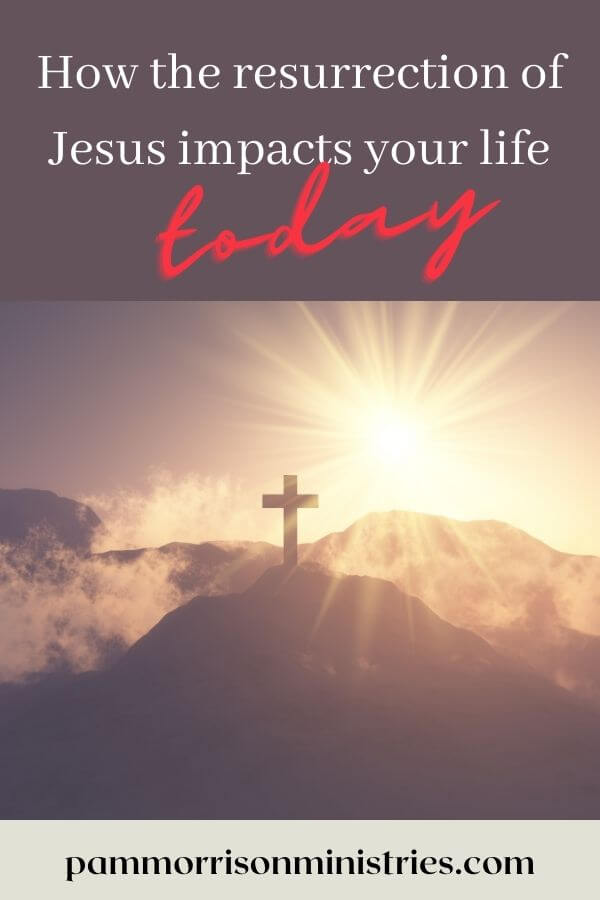 How and Why Did Jesus Die?