How Can I Gain Victory Over Temptation? What is God’s Way Out? 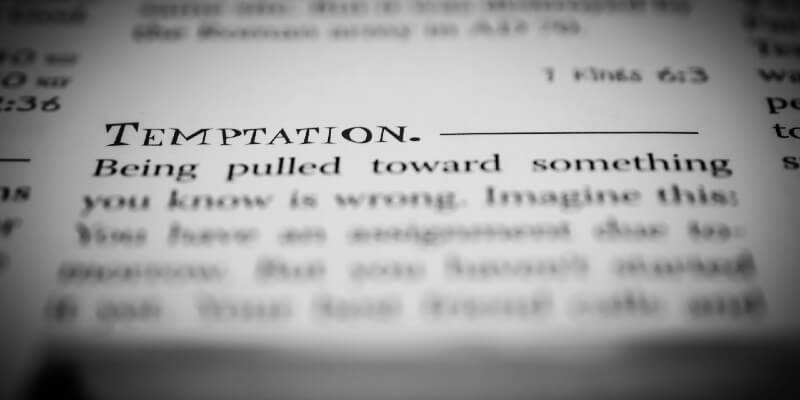 I remember a sermon from years ago. The pastor told a story of a married woman coming to him for help. She told him that one night, while alone, she had invited a neighbor over who was going through a divorce. The man was deeply troubled. While trying to comfort him, one thing led to another and before the night was over, she had had sexual relations with him. This unforeseen slip into adultery shocked and shamed her.  Failure to resist temptation happens so very often. But it doesn’t have to happen if we keep these two questions in the forefront of our hearts and minds, “How can I gain victory over temptation?” and, “What is God’s way out?”

The Victory Over Temptation Bible Verse

There is a Bible verse so central to talking about victory over temptation. It tells us what God PROMISES to do to help us when we are “sorely” tempted (that means tempted a lot). Here it is:

(1 Corinthians 10:13 NIV) “No temptation has overtaken you except what is common to mankind and God is faithful; he will not let you be tempted beyond what you can bear. But when you are tempted, he will also provide a way out so that you can endure it.”

Thank God there is help for us. What does the verse tell us? It says that: 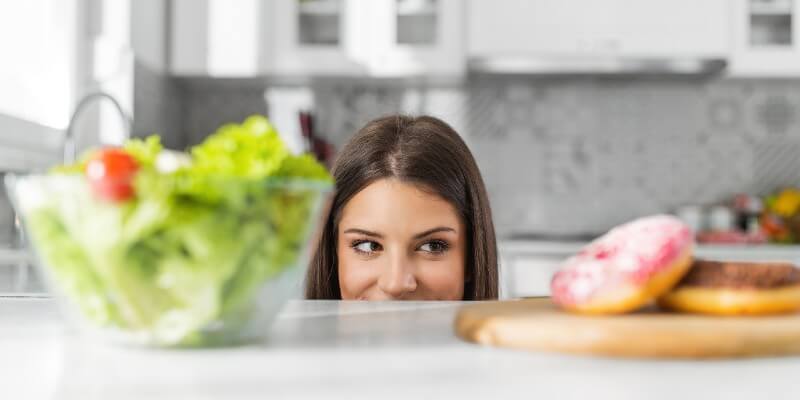 What is meant by “temptations?”

As the simple definition in the picture at the start of the article says, “Temptation is being pulled towards something you know is wrong.” It may be morally wrong or legally wrong. It may hurt you or it may hurt others or both. You feel its allure. You struggle with wanting to say no, yet wanting to give in. But, in your heart, whether you’re a believer in God or not, something signals to you, “This is not right.”

Temptation is being pulled towards something you know is wrong. It may hurt you or it may hurt others. You feel its allure. You struggle with wanting to say no, yet wanting to give in. Click to Tweet

The Apostle Paul wrote about this, that everyone has a sense of what is right and wrong, even without believing in God or following a religious moral code. This is how he put it:

“The wrath of God is being revealed from heaven against all the godlessness and wickedness of people, who suppress the truth by their wickedness, since what may be known about God is plain to them, because God has made it plain to them. For since the creation of the world, God’s invisible qualities – his eternal power and divine nature – have been clearly seen, being understood from what has been made, so that people are without excuse.” (Romans 1:18-20 NIV)

What types of temptations are there?

Temptation is more than just giving into bad behavior. Certainly we can fall into the temptation of having sinful attitudes towards others, being angry, resentful, holding malice, plotting revenge, that sort of thing. James talks about that kind of temptation in the book of James 4:1-3 NIV. He wrote:

“What causes fights and quarrels among you? Don’t they come from your desires that battle within you? You desire but do not have, so you kill. You covet but you cannot get what you want, so you quarrel and fight.”

James does not use the word temptation, but he sure is talking about it, isn’t he? – being tempted to be angry, vengeful, and bitter. He continues:

“You do not have because you do not ask God. When you ask, you do not receive because you ask with wrong motives, that you may spend what you get on your pleasures.” We are likewise tempted to be selfish and self-centered.

Temptations can be about eating, shopping, and so on

But temptation can cause us to actually act and do so many things that are not good for us – overeat or eat what is not nutritionally helpful to us. Engaging in sexual behavior outside of God’s boundaries is another huge area of temptation as is spending money we don’t have. Drug use and gambling tempt many and then lead them to being prisoners of those desires. Our very brain chemistry changes with addictive behaviors that started with temptation.

And, you can also be tempted to worry, doubt God, to give up, and to live in fear.

We can be tempted in so many ways, from having wrong attitudes to engaging in wrong behavior. We can also be tempted to doubt, give up, and live in fear. All of it takes us from God but He has the way out. Click to Tweet

Giving in to any or several of these things takes us away from God and His peace. James said a little more after the passage above in talking about people who give in to temptations and make bad choices:

“You adulterous people, don’t you know that friendship with the world means enmity against God? Therefore, anyone who chooses to be a friend of the world becomes an enemy of God.” (James 4:4 NIV)

If we give in to temptation and do those things that oppose God – sin – we’ve become “worldly.” We’ve chosen something other than Him to pacify and satisfy ourselves – and ultimately it doesn’t.

One more powerful verse on temptation

One more verse from James frames the pathway from temptation to sin to destruction. Our destruction can be the ultimate end result.

“Blessed is the one who perseveres under trial [temptation] because, having stood the test, that person will receive the crown of life that the Lord has promised to those who love him.”

“When tempted, no one should say, ‘God is tempting me.’ For God cannot be tempted by evil, nor does he tempt anyone; but each person is tempted when they are dragged away by their own evil desire and enticed. Then, after desire has conceived, it gives birth to sin; and sin, when it is full-grown, gives birth to death.” (James 1:12-15 NIV) 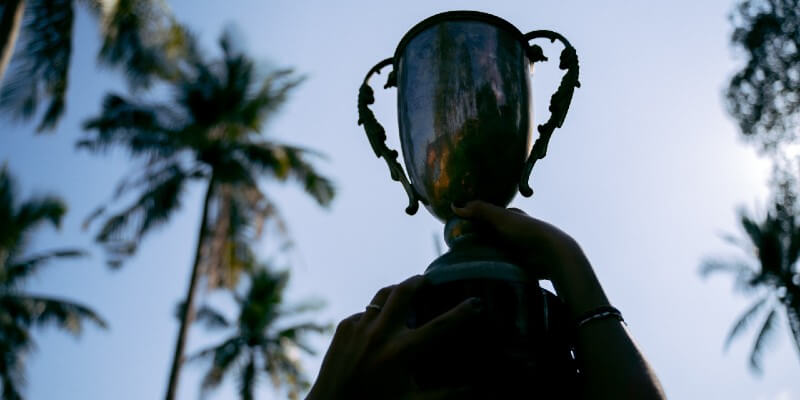 How To Overcome Temptation

The good news is that God is so ready to help us. He is so willing to rescue us. The way to have victory over temptation is to utilize God’s help. And once again, James has something helpful to say. He wrote:

“Submit yourselves, then, to God. Resist the devil, and he will flee from you. Come near to God and he will come near to you. Wash your hands, you sinners, and purify your hearts, you double-minded.” (James 4:7-8 NIV)

The good news is that God is so ready to help us. He is so willing to rescue us. The way to have victory over temptation is to utilize God's help. Click to Tweet

It is not a sin to be tempted. Temptation comes to us all. But it is a sin if we give in and act on the temptation.

So, let’s look at the first instructions in these verses above: “Submit yourselves, then to God. Resist the devil and he will flee from you.” One of the first and best ways to submit to God and resist the devil (his temptations) is to pray. Here is a prayer about temptation from the Gospel Coalition in an article by Scotty Smith from 2013:

Prayer to resist giving into temptation

“Jesus, help us resist the seducing power of temptation, where it rages the most powerfully in this season of life—in the very hour of this particular day. Whether our temptations are sexual, financial, relational, or alcohol or drug related, it makes no difference—show us the way of escape, and give us strength to choose that way. And when we falter and fail, grant us grace to flee to you for mercy and restoration. Oh, Jesus, what a wonderful and merciful Savior you are. So every Amen we pray, in your strong and grace-full name.”

This prayer calls on the power and help of Jesus Christ. If you do not know Him, the “way out” of temptation and subsequent choosing of sin is not available to you. You are on your own. Jesus is the Savior who can help. Please read this resource if you do not know Him and are struggling in your life to live without sin or addiction:

Resource: Why Did Jesus Die? Understanding the Gospel

Use the resources God provides to resist temptation

God gives us scripture with which to arm ourselves and to educate us about the danger of various temptations. Read Proverbs 23:29-32 for a thorough description of alcoholism, for example. I’ll just put a portion here: “Do not gaze at wine when it is red, when it sparkles in the cup, when it goes down smoothly! In the end it bites like a snake and poisons like a viper.” (v. 31-32)

There are so many warnings in scripture like that. But there are so many more edifying verses and promises of God’s love, strength, power, and goodness. Psalm 136:1, for example, says, “Give thanks to the Lord, for he is good, for his steadfast love endures forever.”

When we fill up on God’s truth and His Spirit, the shabby things the world may offer us look so pale in comparison and we become able to withstand the temptation to settle for them. Jesus did it in the desert. When satan tempted Him, He simply spoke scripture and resisted easily. (See Luke 4:1-13)

Having companions who are like minded, who follow Christ, helps so much. They can stand with you if you’re struggling, in prayer and loving conversation. If you are in recovery, having a sponsor can be your life line, when you are tempted to go backwards.

Know your strengths and weaknesses

Finally, it is good to know yourself and what “makes you tick.” Know where you are weak and vulnerable and take every step to avoid exposing those weak areas to temptation.

Remember the verse mentioned above, James 1:14: “But every man is tempted, when he is drawn away of his own lust and enticed. What will trip up someone else may not bother you at all, and vice versa. You may get tempted in areas that do not bother your friends.

I have a dear friend who is a former alcoholic who can now go to the typical party where alcoholic drinks are served and he will not touch any of it. He is full of Jesus now and has gained absolute control. Many who are at the party will have one drink, maybe two, and go no further. They have a limit and nothing will make them cross it.

My friend, if he were to take one drink, would be lost again – at least for a while, until he called on Jesus to help Him with His relapse. We all have to learn what we must strictly avoid in order to be safe, and truly stay clear of wrong choices. But, Jesus will help us. “Everyone who calls upon the name of the Lord will be saved.” (Romans 10:13 NIV) 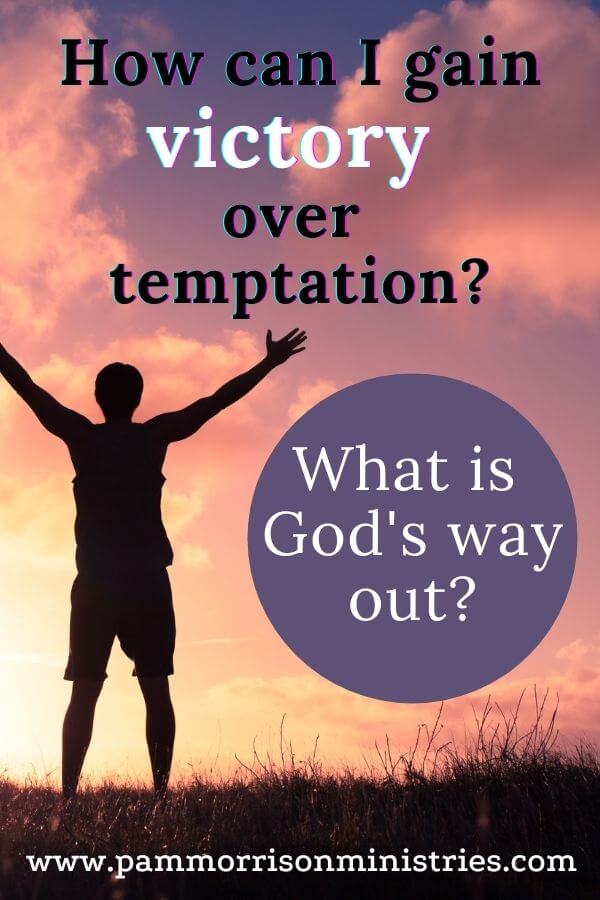 Why and How Should I Study the Bible?

Why Does God Allow Evil to Exist?

What Does the Bible Say are Signs of a Hardened Heart?

Also, your comments are so valued! I love to interact with readers by phone, text, and email.  I’m delighted to help/pray through having further conversation.