Can God Help Me Not Give in? 5 Powerful Ways for Resisting Temptation 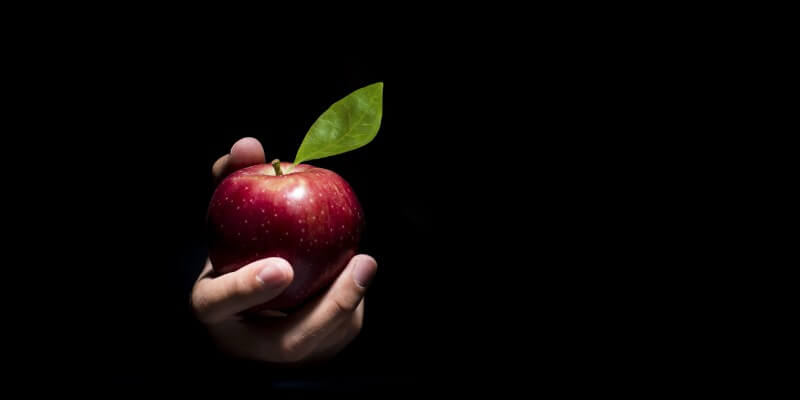 If only she had…

Thank God He helps us with powerful ways for resisting temptation.

Years ago there was a movie about a young wife who went into the city to do some errands. A storm rose as she stood on the curb flagging down a taxi.  Unfortunately, she was right in front of the studio of a very seductive artist.

He invited her in out of the storm and her fateful “yes” to go inside, rather than wait for the cab, began a torrid affair.  A series of disastrous events followed. This was just a movie.  However, in real life, we often face temptation that can similarly destroy us if we act on it.

Sadly, I heard of a similar series of events from real life.

It involved two people who knew each other.  The pastor, who shared the sermon about sexual temptation, kept their identities hidden, but told the story of a man separated from his wife.  One night, he went next door to get sympathy from his neighbor while her husband was out of town.  One thing led to another.

After several glasses of wine, they spent the night together.  In the daylight, the woman was crushed by guilt and regret.  But it was too late.

Temptation has tremendous power and if we give in to it, the potential to ruin our lives and those of others. Click to Tweet

Why this is so hard

Maybe you know this story from Greek mythology about the power of temptation.

There were creatures called sirens in Greek myths.  They were half bird and half woman.  Singing sweet and irresistible songs, they would lure sailors to destruction.  The sailors would hear them, go towards them, and their ships would be smashed to pieces on the rocks.

According to the mythology, a hero named Odysseus avoided this danger by having his sailors stop their ears up with wax.  Because Odysseus wanted to hear the songs, he had himself tied to the mast of the ship.  That way he would not give in to the powerful tempting lure of the sirens’ songs.

This is a great picture of how overwhelming temptation can be whether it’s sexual immorality, overeating, gambling, fits of rage, pornography, or any other temptation.  Like Odysseus, however, we CAN “tie ourselves to a mast” and resist temptation.

That “mast” is Jesus. 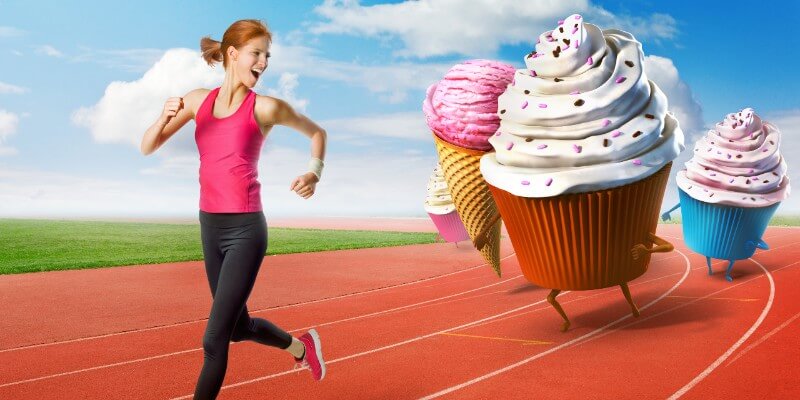 The Bible tells us:

“Be alert and of sober mind.  Your enemy the devil prowls around like a roaring lion looking for someone to devour.  Resist him, standing firm in the faith, because you know that the family of believers throughout the world is undergoing the same kind of sufferings.

And the God of all grace, who called you to his eternal glory in Christ, after you have suffered a little while, will himself restore you and make you strong, firm, and steadfast.  To him be the power for ever and ever.  Amen  (1 Peter 5:8-11 NIV)

These four verses give us powerful ways for resisting temptation.  We need to be alert, resist the devil, stand firm in faith, know that others get tempted too, and trust God to make us strong, firm, and steadfast in our struggle with temptation. Let’s put these 5 things in a list of “A” words.

'...And God is faithful; he will not let you be tempted beyond what you can bear. But when you are tempted, he will also provide a way out so that you can endure it.' (1 Corinthians 10:13) Click to Tweet

As 1 Peter 5:8-11 says (see above), the devil’s like a lion and he’s looking for you – to devour.  We’ve got to recognize how powerful and deadly the temptation to sin is. What this especially means is “know your weaknesses.” Or, as they say in recovery communities, “know your triggers.”

What gets you off track?  Do you consider giving in to temptation when you’re bored, lonely, angry?  Do certain kinds of music or tv shows get you thinking about doing the wrong thing?

If you’re trying to lose weight for health reasons, is it important to keep sugar out of the house or to prepare your own meals at home? We have to be alert and aware of what might “come at us.”   That’s so we can do the second thing which is:

There was a story told about President Harry Truman by his biographer, David McCullough.  McCullough wrote that President Truman was under incredible pressure during the post-World War II peace making arrangements.  This was called the Potsdam Conference.

After an especially difficult day, when anyone might be tempted to find some way to blow off steam, an Army public relations officer rode in the car with the President.  He told President Truman that the black market in Berlin had anything a man could want – cigarettes, whiskey, watches, prostitutes and so on.  This young officer said, “Anything you want, you can have – especially women.”

Truman’s driver remembered this incident and said, “By the time we got back, the President got out of the car and didn’t even say goodbye to the guy.”  One of the best ways for resisting temptation is to absolutely avoid the things that trigger it at all costs. Stay away from the things that may trip you up. 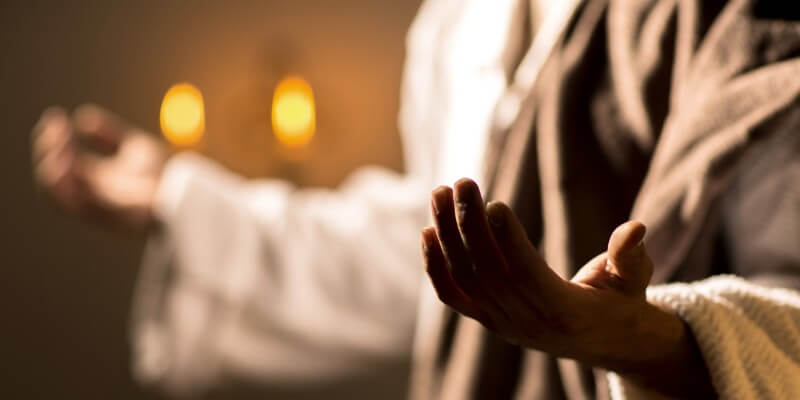 This is such an important point.  1 Peter 5:8-11 says “stand firm in your faith.”  But is that faith in you and your ability to resist?  No!  It is faith in the only One who can help us.

The Bible says that “we do not have a high priest [Jesus] who is unable to empathize with our weaknesses, but we have one who has been tempted in every way, just as we are – yet he did not sin.  Let us then approach God’s throne of grace with confidence, so that we may receive mercy and find grace to help us in our time of need.”  (Hebrews 4:15-16 NIV)

Jesus knows how hard it is for you and me to resist temptation.  However, He did it.  He is for us.  And He can help us.

Oswald Chambers and F. B. Meyer

These two men wrote about abiding in Jesus and relying on His power to get us out of a tempting situation without giving in. Trust God!

Chambers wrote in his book, Disciples Indeed, “How are we to face the tempter? By prayer? No. With the Word of God? No.  Face the tempter with Jesus Christ, and He will apply the word of God to you, and the temptation will cease. In other words, face temptation saying, “Jesus I can’t handle this myself, but You can. Make me capable.” Jesus will make the words of scripture come alive.  He will make His presence felt.  In this way, He’ll help you overcome.

Meyer wrote something similar saying, “I do not believe in sanctification, but in the Sanctifier.  I do not believe in holiness, but  in the Holy One.  When satan comes to knock on your door, Jesus will go and open it, and as soon as the devil sees the face of Christ looking through the door, he will turn tail…”

4. ACKNOWLEDGE others struggle too

1 Corinthians 10: 13 says, “No temptation has overtaken you except what is common to mankind.”

There are other people going through, or that have gone through, whatever it is that is disturbing your peace.  Sometimes, the things we are struggling to avoid can be so embarrassing – we don’t want anyone else to know.  But, often finding an accountability group can be so helpful.

Many churches have Celebrate Recovery groups.  These are not just about recovery from drug addiction, but they’re helpful for people struggling with other temptations.  You can find people to help you and who will stand with you.

And acknowledge the consequences

I have heard more than a few addicts say, “Play the tape all the way through.”  There is a wonderful video on YouTube by Allen Parr on resisting temptation.  At the end of his video he provides 7 questions to ask yourself when you’re tempted to do something and really struggling with it.  These are questions like, “How am I going to feel about this tomorrow?” and “How will this affect other people?”

Like the woman described above who had sex with her neighbor, there’s no going back or erasing such an act.  It has the potential of destroying marriages, extended family, one’s children.  Perhaps an employer learning about it, will fire you.  When we play the tape to the end, we get past any short term pleasure and see the devastation that could come.

Jesus’ words on fighting off temptation

Did He really mean for us to amputate body parts?  Or, was He saying, “Take temptation SO seriously.  Get rid of anything that can pull you off the right track.  Stay close to Me.”

It’s no sin to be tempted.  But, it is a sin to act on the impulse and do wrong.

Jesus promises to make us strong, firm, and steadfast by His power at work in us.  So, even if you’re struggling right now with some form of temptation, anticipate that He WILL give you the victory.  Speak it over your life.  “Jesus will help me.  He will set me totally free from this.”

Jesus replied, 'Very truly I tell you, everyone who sins is a slave to sin. Now a slave has no permanent place in the family, but a son belongs to it forever. So if the Son sets you free, you will be free indeed.' (John 8:36) Click to Tweet

Here is a printable page with the five ways for resisting temptation and a scripture for each one. You can do this. You can walk away from whatever is tempting you.

How the Resurrection of Jesus Christ Impacts Your Life Today

Can God Help Me Exit the Roller Coaster of My Overwhelming Emotions?

Will God ever Give up on Me? | 4 Proofs God Doesn’t Abandon Us

What is Holiness in the Bible?  Five Benefits of Seeking a Holy Life 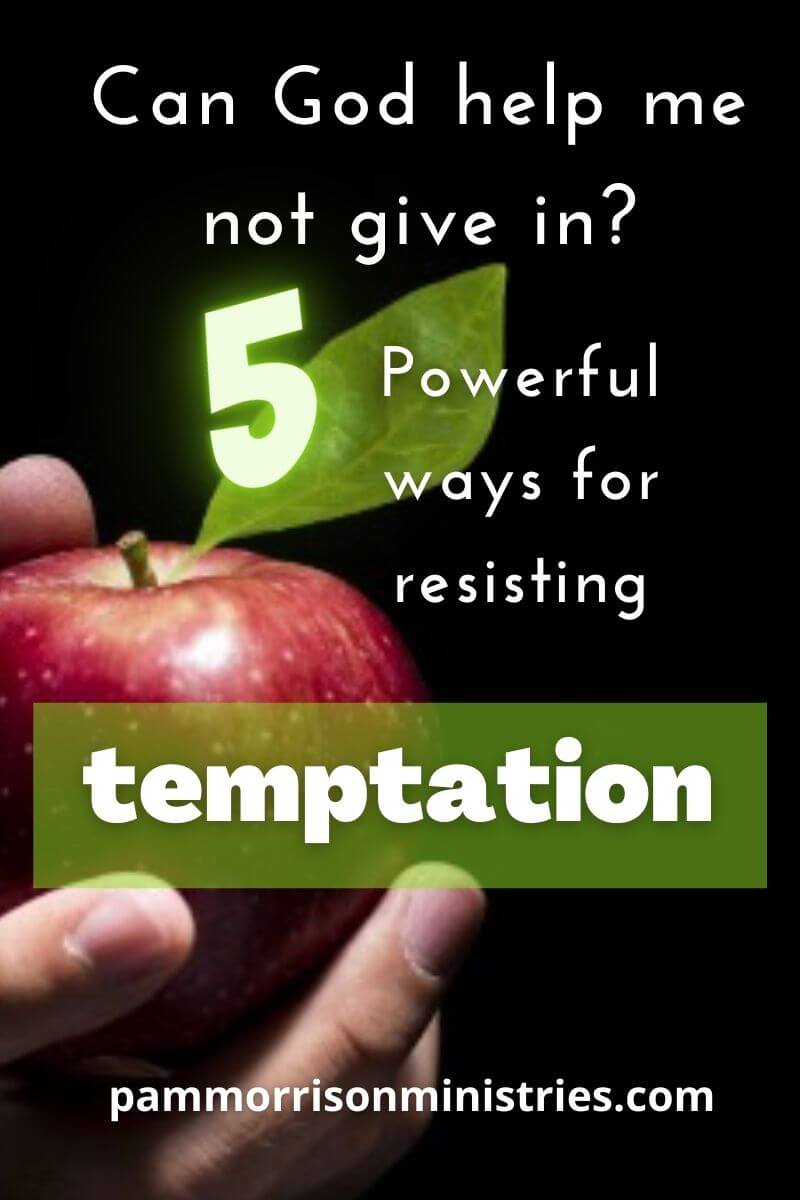