What Does it Mean to Have Integrity? 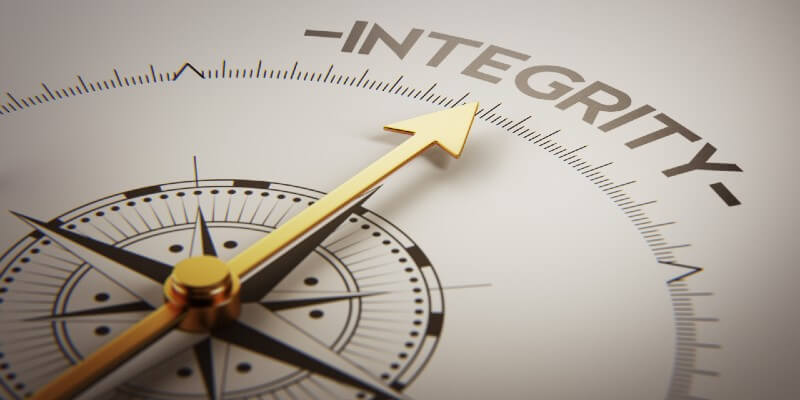 One day, many years ago, I was driving on the beltway around my city and a white car came alongside me and then went slightly ahead. I had a chance to read the license plate. “Motives,” it said. That deeply touched me at the time. I often say with a smile that it was an angel car and I was receiving guidance. No matter what, it tied into a very important question for me, “What is integrity?” How can we be sure our motives, our words, and our actions are FILLED with integrity?

A Definition of Integrity

So, what is integrity? The Cambridge English Dictionary says that it is “the quality of being honest and having strong moral principles.”

I would add that integrity means being scrupulously honest in all things, big and small. And, as stated above, it does mean having strong moral principles. For example, a person with integrity will not steal. They will not sit idle when they’re supposed to be working. What they say while with you will not turn to gossip or slander when you are out of their sight.

A person with integrity will show up on time to work, even be early. They will not leave until it is their time to go. Their personality is marked by grace, respect, honesty, trustworthiness, diligence, responsibility, helpfulness, and patience.

Or as the Bible would say, “the fruit of the Spirit is love, joy, peace, patience, kindness, goodness, faithfulness, gentleness, and self-control.” (Galatians 5:22 NIV) A person who is truly honest and filled with integrity is one who walks with God for, only by His Spirit, do we become able to consistently do the right thing.

Integrity is doing the right thing even when no one is watching. - C.S. Lewis Click to Tweet

This is one of the most important of definitions. what you do when no one is looking gives the best insight into your character. We can all pretend to have good character, but when away on our own, do things that are very wrong.

Integrity is choosing your thoughts and actions based on values rather than personal gain. - Dr. Dayo Lanier Click to Tweet

Integrity involves altruism. Are we really ready to put others before ourselves and our own gain? The Bible says, “Love one another deeply as brothers and sisters. Outdo one another in showing honor.” (Romans 12:10 CSB)

If you value your integrity, then be prepared to take a beating from those who have none. - Lars Lau Thygesen Click to Tweet

You may suffer by choosing to do “the right thing no matter what.” People may attack or take advantage of you, but do it anyway.

There are so many articles and art works with similar integrity quotes available to us. It is clearly an important topic. Many of these articles are about “integrity in the workplace” as companies desperately seek good workers they can count on. 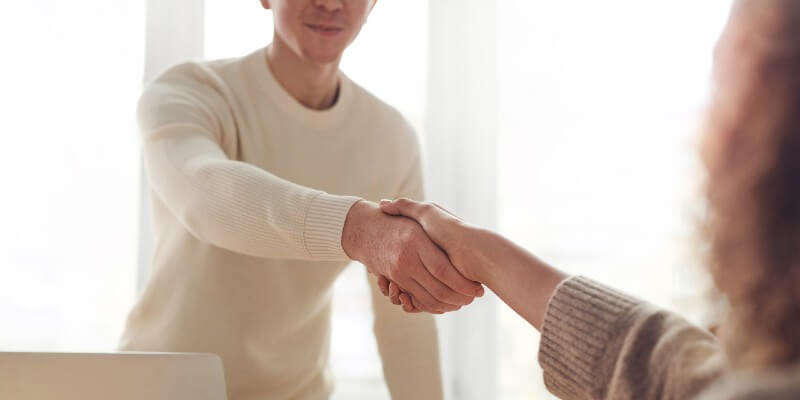 Who Was a Biblical Character with Integrity?

Truly, we could talk about a number of people, but one who so often comes to mind is Joseph in the book of Genesis (beginning at chapter 37).

This man, who was destined for greatness was, at first, held prisoner.

He was sold into slavery by his brothers and went down to Egypt. He became a slave in Potiphar’s house. (Potiphar was a captain of the guard in Pharaoh’s service.

After being accused of misbehavior by Potiphar’s seductive wife, though innocent, Joseph was put in prison.

Now, in both these degrading places, God was with Joseph and Joseph was full of integrity. Though doing the wrong thing might have advanced him and given him momentary pleasure, he could not sin against his human master or against God.

When the wife of Potiphar “came on to” Joseph, he refused. He said,

“With me in charge,” he told her, “my master does not concern himself with anything in the house; everything he owns he has entrusted to my care. No one is greater in this house than I am. My master has withheld nothing from me except you, because you are his wife. How then could I do such a wicked thing and sin against God?” And though she spoke to Joseph day after day, he refused to go to bed with her or even be with her. Genesis 39:8-10 NIV

For a person with integrity, their default position is doing the next right thing, no matter what.

A Children’s Story that Illustrates Integrity

You may remember that wonderful Dr. Seuss story called “Horton Hatches the Egg.” 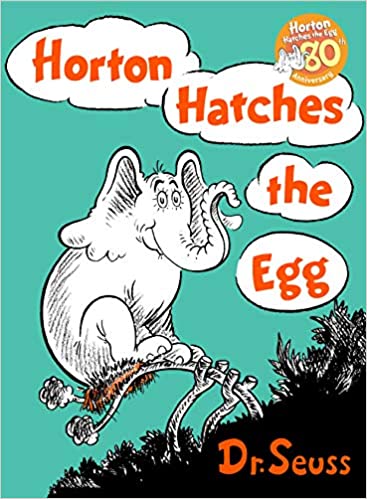 In the story, a frivolous mother bird persuades Horton the elephant to sit on her baby’s egg while she takes off for vacation in Palm Beach. Though time drags by and the winter comes,  even through mockery and loneliness, Horton vows to never stop doing what he agreed to do, because it is right.

Horton’s outlook is always, “I meant what I said and I said what I meant. An elephant’s faithful – 100%!

Doing Our Own Heart Check on Integrity

Now Mayzie the bird lacked integrity in that story. She deceived Horton into sitting on the nest, saying, “I won’t be gone long.” She stayed away for what seemed like FOREVER! When she finally ran into Horton (he had been captured and sold to a circus as the only nest sitting elephant around), she wanted to claim her egg and push Horton out of the picture. Selfishness characterizes a lack of integrity.

But, Horton, like Joseph, always did the right thing and there is pay off in that – if nothing more than you can live with yourself in peace.

But, when the egg hatched, it was an elephant bird – it looked like Horton.

Integrity Can Result in Rewards

For Joseph, he ultimately was promoted to second in command in Egypt and had a mighty responsibility – to save Egypt and the countries around it from years of devastating famine. He was promoted because God was with him and saw that he could be trusted even when he suffered and had nothing.

My great grandfather used to say that until you got promoted, if you are the sweeper, be the best one there is. Click to Tweet

Having integrity as your default position brings incredible peace. And some day we’ll all have to answer to God about our motives and whether we did things with consistent honor and sterling good character.

But, here’s the good news. If we are “in Christ,” that is, if you have formed a relationship with Him, He will grow integrity in you by the Holy Spirit. As you walk with Him, you will look, think, speak, and act more like Him with each passing day. It’s a promise:

“But we all, with unveiled face, beholding as in a mirror the glory of the Lord, are being transformed into the same image from glory to glory, just as by the Spirit of the Lord. 2 Corinthians 3:18

Have you experienced a time like Horton where it took everything in you, but you kept doing the right thing? Share your own struggles and breakthroughs with integrity in the comments below.

How Doing the Next Right Thing Brings Peace