Why Does God Allow Evil to Exist? 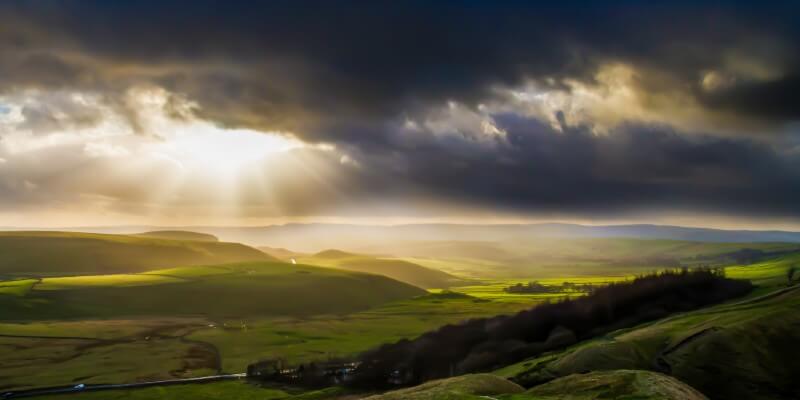 In September of 2004, we were traveling in England. A horrific news story began to unfold. Armed Chechen separatists took over a school in a town called Beslan in Russia. The people held prisoner numbered approximately 1200 with over 700 of them being children. When the hostage situation was violently brought to an end, more than 300 people were dead with half of them being children. We could all tell endless numbers of stories of similar terrible suffering, but all of them lead to this constant question, “WHY does God allow evil to exist?”

And this question, more than any other, seems to be at the heart of why many people claim they can’t or won’t believe in God.

Maybe you are there yourself…..You’ve been through something horrible or lost someone dear to you so tragically. The pain of that has led you to doubt the existence of a “good God.” Therefore, we need to explore the question, “Is God responsible for such acts?”  And then, if He is not, who is? 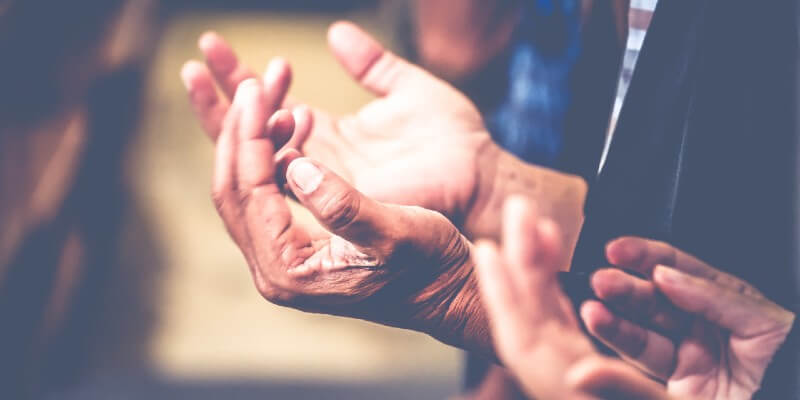 Is God the Cause of Every Evil Event?

When evil and suffering occur, it is wise to ask, “What and who is behind this?”

Too many people are quick to say, “It was God’s will” or “God is teaching me something through my suffering,” or any other number of various platitudes or clichés. Some of the most awkward and unhelpful things can be said at funerals – like, “God just wanted her with Him.”

Very few mean harm. People are trying to help with their “comforting” words. And we sometimes say things to ourselves about “God’s ways are mysterious. He is omnipotent. I need to accept His will.”

Jesus Went About Healing the Sick

When you hear people say sickness and suffering are God’s will and it is one of the primary ways He teaches us, please go back to the Bible and read some statements like these:

“Jesus went throughout Galilee, teaching in their synagogues, proclaiming the good news of the kingdom and healing every disease and sickness among the people. News about him spread all over Syria, and people brought to him all who were ill with various diseases, those suffering severe pain, the demon-possessed, those having seizures, and the paralyzed; and he healed them.” (Matthew 4:23-24 NIV)

One simple question for us: If God wants to teach people things through diseases or other forms of suffering, why was Jesus going everywhere, and healing every one with whom He came into contact?  This would contradict the “will of God” which many imagine God the Father to have.

But, Jesus is God (God the Son) and He rescued people from suffering. So, as we read passages about Jesus and His healing and deliverance (it was always His way), we have to observe that maybe God doesn’t use suffering to teach us. (Though we can learn much during our trials.) Just maybe, there is another source of evil and suffering we need to consider.

Evil Does Exist and His Name is Satan

The authors of the Bible teach about a source for the evil in the world, and that source is a personal being named satan or the devil. He’s called some other names in the various books of the Bible, but those are the two primary ones.

In the Old Testament of the Bible he’s spoken about more rarely, while in the New Testament there is much more said.

Christians in the “West,” that is, places like America and countries in Europe tend to not believe in the existence of the devil or his agents, demons.

“Oh, that’s silly, old-fashioned or superstitious,” they may say. But without a theology (set of beliefs) that includes the devil, you make God responsible for genocide, torture, terrible violence, human trafficking, child abuse, rape, murder, insane dictators – all these things.

The great Christian leader and writer, C.S. Lewis once said, “There are two equal and opposite errors into which our race can fall about demons. One is to not believe in their existence. The other is to believe and to feel an excessive and unhealthy interest in them. They themselves are equally pleased by both errors.”

There are two equal and opposite errors into which our race can fall about demons. One is to not believe in their existence. The other is to believe and to feel an excessive and unhealthy interest in them. - C.S. Lewis Click to Tweet

What Does the Bible Say About Evil’s Existence?

As I mentioned, the Old Testament has some writing about satan. For example, he is part of the Book of Job. But, much more is said in the New Testament.

“Be alert and of sober mind. Your enemy the devil prowls around like a roaring lion, looking for someone to devour. Resist him, standing firm in the faith, because you know that the family of believers throughout the world is undergoing the same kind of sufferings.”

James 4:7 NIV says, “Submit yourselves, then to God. Resist the devil, and he will flee from you.”

The authors of the gospel books (Matthew, Mark, Luke, and John) describe Jesus having a time of severe temptation in the wilderness as the devil tempted Him 3 times. In other words, the Bible establishes the reality of a source of evil – satan or the devil – in these and many more passages.

Our Sin and the Sin of Others Causes Suffering

We also have to face the fact that our wrongdoing and the wrongdoing of others is often the reason for so much heartache and suffering in the world. People hurt each other in disobedience to God and in a lack of love and honor for one another. We cannot lay THAT at God’s feet.

If someone gets drunk, and gets behind the wheel of a car, hits and kills another human being, did God do that? Or, did the person who chose drinking and driving?

God can turn the life of the drunk driver around. He can heal the hearts of those who lost their loved one AND help them forgive. But, the causality of the tragedy was not God. It was people.

We also have to face the fact that our wrongdoing is often the reason for so much suffering in the world. People hurt each other in disobedience to God and in a lack of love for one another. We cannot lay that at God's feet. Click to Tweet 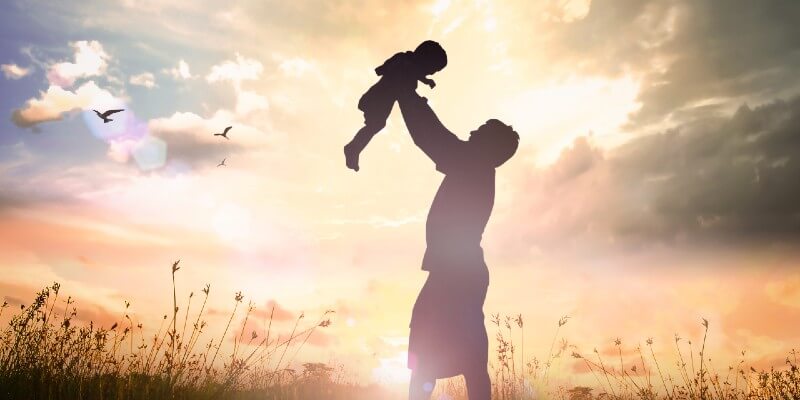 How Does God Feel When Tragedy Occurs?

There is a sermon, “A Eulogy for Alex,” that I often use to shed light on God’s heart for His people’s suffering.

Alex was the 24 year old son of pastor, Rev. William Sloane Coffin. This sermon was given by Rev. Coffin to his congregation at the Riverside Church in New York City. He delivered it ten days after his son’s death. Alexander had driven over the side of a bridge on a terribly stormy night.

Rev. Coffin began his sermon by recounting his reaction to a woman who said to him, “I’ll never understand the will of God.” “I’ll say you don’t,” he retorted with anger.

In the sermon Coffin went on to say, “…nothing so infuriates me as the incapacity of seemingly intelligent people to get it through their heads that God doesn’t go around this world with his fingers on triggers. He doesn’t have his fists around knives, or his hands on steering wheels. God is dead set against all unnatural deaths.”

It is a marvelous sermon. If you have the time, I highly advise you to click the link and read it. It’s not too long, but so worth the time. One of the most beautiful lines in it is this: “When the waves closed over the sinking car, God’s heart was the first of all our hearts to break.”

What Can We Do to Resist Evil?

There is so much more to say about this, but I simply want to stress that God is not the author of all our pain.

But, where evil forces are the cause, we have some wonderful guidance in scripture for withstanding it. The Apostle Paul wrote;

“Finally, be strong in the Lord and in his mighty power. Put on the full armor of God, so that you can take your stand against the devil’s schemes.

Therefore, put on the full armor of God, so that when the day of evil comes, you may be able to stand your ground, and after you have done everything to stand.” Ephesians 6:10-13 NIV

This passage continues to describe prayer, the Word of God, faith, and other things as pieces of armor that we must put on. Take time to read and ponder these words.

We’re in a battle in this world. It would be lovely to hope for it to let up, but it does not. Even as we are blessed, we still find many moments of battle. Knowing that God is the One who blesses and that the devil and sinfulness oppose Him is helpful. We can run to His arms, love, and shelter rather than seeing Him as the cause of our heartache. 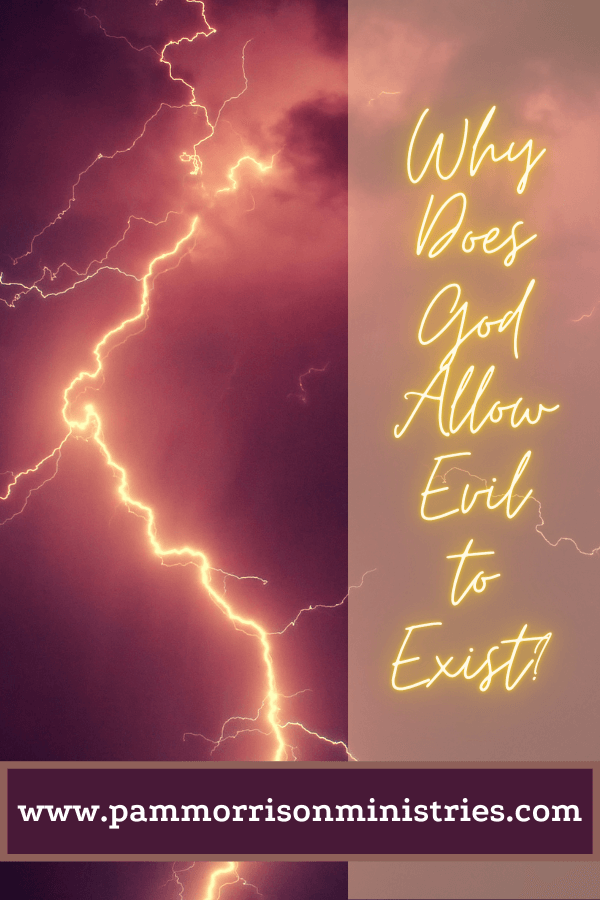 How to Resolve Conflict in a Relationship | A Biblical Way

Finding Healing After You’ve Been Betrayed 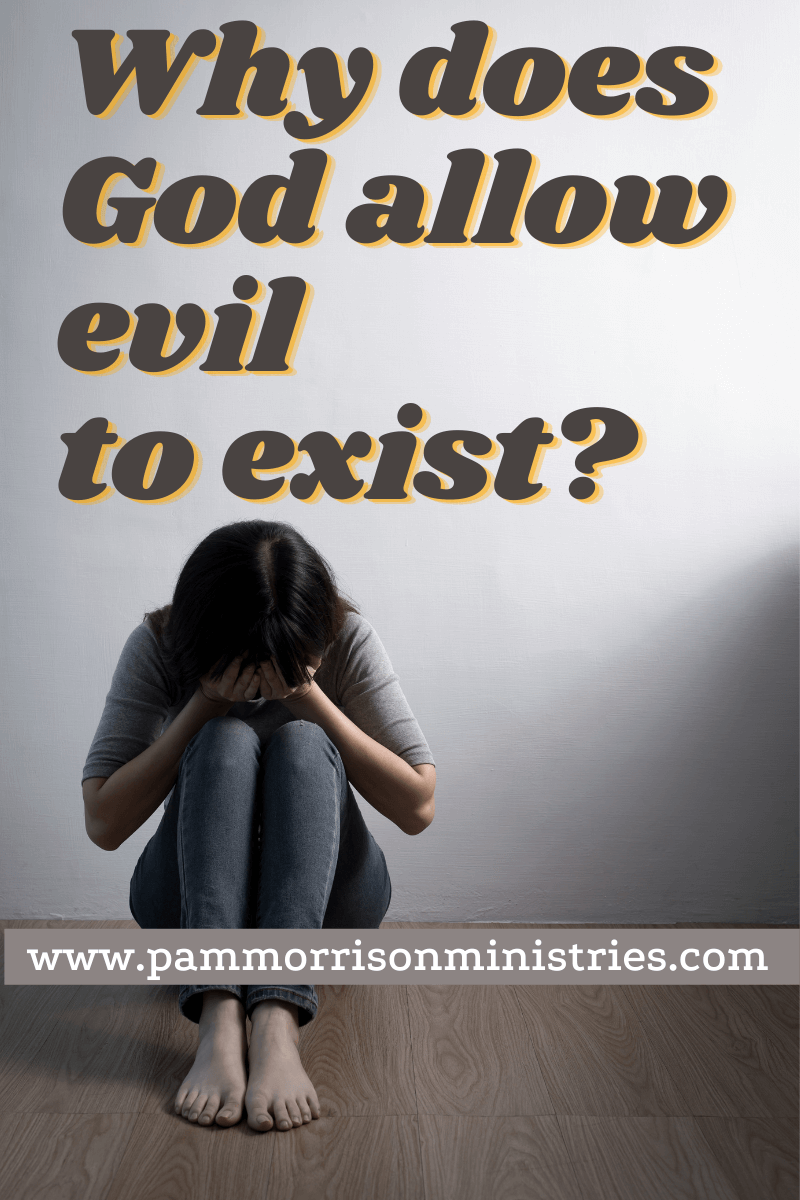